“Oh, hi! My name’s Danielle Kamella, and I’m going to tell all you wrestling companies why I’m gonna make you a lot of money. First off, my stellar academic background. I’ve trained at the best wrestling schools on the East coast and West coast. I know everything there is to know about wrestling. During my time in NXT, I did a ton of charity work. I’m such a philanthropist,” Kamella says with a wink.

“I was president of the art club, president of the fashion club, and president of the bad girls club. I’m used to carrying a lot of weight on my back, and I always go the distance. And that’s why you should sign me, Danielle Kamella, future star for your company and soon-to-be the most popular girl in professional wrestling,” she says.

As reported on May 19, WWE released Kamella along with Jessamyn Duke, Skyler Story, Ezra Judge, Alexander Wolfe, and Kavita Devi. Kamella was reportedly called up to the main roster last year but was not used prior to her release.

Earlier this year, she was seen doing some in-ring training with Tessa Blanchard and another former WWE star, Kalisto. 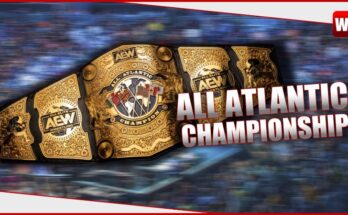