Black Taurus and Rhino begin this clashing. Rhino charges towards Taurus and sets him up in the corner. Rhino is on top of Taurus up until he tags Deaner in. Once Deaner steps into the ring, Taurus finds his footing again with a nice attack in the corner. Taurus makes a hot tag to Crazzy Steve. The fans want Crazzy Steve to bite Deaner’s face off.

Deaner holds control of Steve before bringing Rhino back in. Rhino is all about cutting the ring off from Steve. Rhino holds Steve in between the ropes and tries to stretch his face. Deaner makes his way back into the ring. Steve bites Deaner before driving him down on the mat with a neck breaker. Eric Young waves his VBD flag, distracting the referee. Well, VBD’s plan backfires as Deaner accidentally slams the flag into Rhino, who is holding on to Steve. Steve recovers by hitting a tornado DDT on Deaner, which helps him pick up the pinfall victory.

Post-Match: Eric Young is extremely disappointed that Rhino continues to lose following his baptism. Rhino and Young exchange words that are inaudible. Rhino grabs Young’s arm. Deaner steps in and attacks Rhino. Young concludes the brawl by breaking the flag pole on the back of Rhino. It looks like Rhino is evicted from his stay with VBD.

At Swinger’s Palace: Alisha Edwards is concerned for Johnny Swinger heading into Bound For Glory. Since the show will take place in Las Vegas, she doesn’t think Swinger will bank any profit there. TJP is there to collect his money after making a bet last week. Petey Williams is mad TJP placed a bet on his match last week. Williams promises he’s going to kick his ass later tonight.

Backstage: Team Cage is standing by with Gia Miller before their main event battle. Each man is confident they will walk out the victors before their individually scheduled matches on Saturday at Victory Road.

Both men go straight into a tight lockup. TJP gains the upper hand with a wrist lock. Petey Williams escapes out with a nice flip and turns it into a front facelock. They reset while the audience applauds their first go-around. More mat wrestling takes place. Williams shifts the momentum with a rollup. TJP pops out at two. Both men exchange kicks. TJP webs himself in the ropes and eats a big codebreaker from Williams. Williams whirls around TJP with a tilt-a-whirl takeover followed by a leg sweep for a two-count. Their match will continue after the commercial break.

Back from the break, Williams secures TJP in a tight side headlock. Both on their feet, Williams puts TJP in the Tree of Woe position and drives his boot in TJP’s crown jewels while paying homage to Canada! Coming out of the corner, TJP ups the ante with several boot washes in the corner. Williams puts TJP in a sharpshooter. TJP escapes. Williams traps TJP in a cradle pin. TJP doesn’t lift his shoulders up in time, thus giving Williams the victory advantage.

Post-Match: Steve Maclin runs out and continues the onslaught on Williams from last week. But he isn’t just out there for Williams. He comes charging after TJP, as well.

Backstage: Karl Anderson is healing up well following his Bunkhouse Brawl with Rich Swann last week. The Good Brothers are stoked because they don’t think Swann and Willie Mack will be ready in time to face them for their titles on Saturday. Little do they know that Swann and Mack are here, and they’re ready to give it to them all night long.

– Gia Miller quickly catches up with Rich Swann and Willie Mack after their retaliation on The Good Brothers. Executive Vice President Scott D’Amore is going to give Swann and Mack their tag team title match on Saturday!

Before their bout, John Skyler grabs a microphone and tells Laredo Kid he got lucky in their first matchup on Before The Impact. Well, tonight, Skyler plans to change the course and pick up the win over Kid this time.

The bell rings. Laredo Kid sticks his hand out for a handshake. John Skyler slaps his hand away. Kid comes flying at Skyler with a springboard crossbody, followed by a nice neckbreaker. Kid maintains control with a perfect dive to the outside. Making their way back into the ring, Kid land another high crossbody for a two-count. Back on the outside again, Kids’ back bounces off the ground with a massive belly-to-belly suplex.

They make their way back into the ring. Skyler immediately looks for a pinfall. Kid pops out at two. Both men trade double clotheslines that send them off their feet. They follow up with back and forth forearm exchanges. Skyler tries to rip off Kid’s mask. Kid is perplexed that his face was shown. Skyler uses this to his advantage by grabbing Kid by his tights and stacking him up for the pinfall victory.

It’s All About Me (w/Tenille Dashwood):

The Influence (Tenille Dashwood, Madison Rayne and Kaleb) is joined by Taylor Wilde, Jordynne Grace and Rachael Ellering. Wilde asks some hard-hitting questions that cause The Influence to get very irritated. Wilde proposes a match with Dashwood for Saturday. Dashwood doesn’t look too excited for this contest.

– A Bound For Glory ad is shown. This event will take place live on Saturday, October 23, at 10 PM EST! Tickets for this show will go on sale next week.

– We see a blind ambush from Matt Cardona on Rohit Raju. Cardona wants a match with Raju, which he proposes to D’Amore. D’Amore will allow this, but he’s making their contest a No Disqualification Match!

Both men go straight into a collar and elbow tie-up. Like two strong bulls, neither man will budge in this lockup. Trey Miguel breaks it up with a nice arm drag. Rehwoldt finds his way back into this match with a jab before throwing Miguel in the corner with a short arm reversal. Rehwoldt tosses Miguel out of the ring. Miguel collapses on the apron following a fireman’s carry pop up. The fans are all rooting for Miguel. Miguel slides back into the ring and rolls Rehwoldt up. 1-2, The Drama King kicks out.

Rehwoldt returns a pinfall on Miguel for the same results. Rehwoldt, again, hurls Miguel into the corner. We hear “Spider Trey” chants from the crowd. Rehwoldt’s aggressive streak leads to him taking a bow. Rehwoldt bends Miguel’s arm back, trying to pop it out of socket. Miguel fires back with a well-scouted missile dropkick. Then, he hits a scorpion kick. Rehwoldt was an eyelash away from winning it with an inverted powerbomb, but Miguel fights free and out of the pin attempt. Rehwoldt misses a Swanton from off the top. Miguel catches him with his hourglass lockup. The Drama King taps, and The Prince of Mid-Air prevails!

Post-Match: The Knockouts Champion Deonna Purrazzo lands a low blow on Trey Miguel. Mickie James runs out. James and Purrazzo try to rip each other limb from limb before officials come out to stop it. James takes to the skies with a nice drop on Purrazzo.

Backstage: After hijacking Decay’s Knockouts Tag Team Championship, Tasha Steelz and Savannah Evans say they never stoled the titles. Steelz says if anything, Havok and Rosemary took the titles from her. She tells them if they want their titles back, they better come find them on Saturday.

– We look back at Hikuleo’s shocking debut last week. Hikuleo will join forces with Chris Bey to take on FinJuice (Juice Robinson and David Finlay) on Saturday. Bey and Hikuleo look forward to putting FinJuice down for good.

– Josh Mathews and D’Lo Brown run through the exciting card for Victory Road on Saturday before tonight’s main event!

Sami Callihan and Ace Austin kick things off. Callihan comes charging in with thumbs to the eyes of Austin. In the corner, Callihan stomps away on Austin before bringing Josh Alexander in with a tag. Alexander works over Austin. Alexander makes a tag on Eddie Edwards. Edwards continues softening Austin up for Callihan as he makes his return back in. Austin backs himself towards his corner during their lockup. Austin makes a tag. Then, all 10 men are standing across the ring from each other. Their match will continue right after the break!

Back from the break, everyone’s brawl is heading outside of the ring! Ace Austin works on Sami Callihan with stomps. Moose turns his attention on Josh Alexander. Christian Cage grabs hold of Madman Fulton. Callihan throws Austin back into the ring. Callihan lands a nice punch on Austin as he’s dropping off from the second rope. Sam Beale runs in and gets planted with a Cactus Special ’97 from Callihan.

Madman Fulton becomes the legal man. Callihan escapes out of Fulton’s reach, following a top rope bulldog! Josh Alexander comes in for Callihan briefly before Chris Sabin is tagged in. Sabin connects a missile dropkick from off the top. The fans want Chrisitan Cage to come in. Sabin makes the tag to him. Austin refuses to tangle with Cage and tags Fulton in on his behalf. Cage is having a good time throwing Fulton off his game. Eddie Edwards comes and joins in on the fun. Moose gets a tag from Fulton. Edwards catches Moose with an inverted atomic drop. Moose sends Edwards out of the ring with a well-spotted dropkick before the second commercial break.

Coming back from the final break, Brian Myers holds control over Eddie Edwards with a tight headlock. Madman Fulton comes back in following a tag from Myers. Fulton maintains control of Edwards before W. Morrissey makes his way into this fight. Morrissey drags Edwards around. Morrissey tags in Austin, who lands a power move on Edwards. Myers comes in with a gator roll for just a two-count. Morrissey steps back in and continues cutting the ring off from Edwards. Morrissey connects a nice elbow drop for a near-fall.

Morrissey refuses to let Edwards have any offense in this bout. Morrissey applies a foot chokehold in the corner. Edwards climbs to the top and rocks Morrissey with a dropkick! Edwards creates enough space to make a tag to Christian Cage. Brian Myers is also in this. They renew their Emergence matchup with Cage climbing on top and hammering down top rope punches! Cage continues the onslaught with a frog splash. Cage hooks the leg, and Morrissey breaks it up.

Moose and Callihan come into the ring. Callihan bites Moose’s hand and lands a short back kick. Then, Sabin and Austin join the fray. Sabin ends Austin in a daze with some combination offense. Just as Cage comes in and looks to seal the deal with his Killswitch, Austin donkey kicks Cage right in the no-no region. After Eddie Edwards catches everyone with a superplex on the outside, Alexander ends the match right with a C4 Spike on Brian Myers for the pinfall victory! 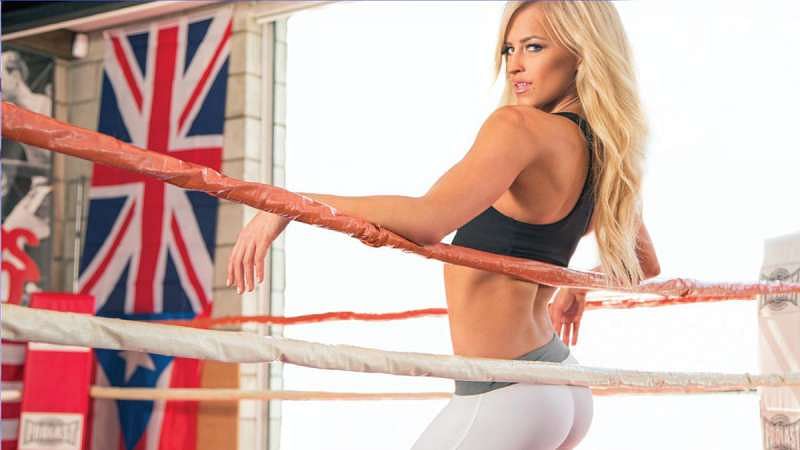