What Happened Between Roman Reigns And Jimmy Uso – As noted earlier, Jimmy Uso made his WWE return on tonight’s Throwback SmackDown episode, which most focused on Jimmy Uso being unsure of whether or not he was willing to acknowledge Roman Reigns and side with his family.

During a backstage segment (text from our live coverage), Roman tells Jimmy he has been here for an hour.  I put the spotlight on you and I put you with us and you screw it up.  You had a lot of time to get this right.  I had time off and I came back and changed the game.  You came back and missed.  I have to clean up your mess and treat you like a baby.  Roman asks Jimmy if he understands. Jimmy tells Roman he won’t be talking to him like he does to his brother.  Jimmy says he ain’t nobody’s bitch.

In the closing segment, Roman Reigns and Jey Uso came out to discuss the betrayal that Reigns felt over Jimmy not immediately siding with him. Instead, Jimmy made his way out to the ring and attempted to explain his case to his brother. The superstar recapped how Reigns had to choke him out in order to get Jey to quit many months ago when Jey was feuding with Reigns, and that he may not want to hear it, but Jimmy would have never quit if he were in his brother’s position.

Reigns quickly shot back that Jimmy had to stop living in the past, and that he won’t be going back and forth about this. He gave Uso an ultimatum, either he falls in line and acknowledges him or he goes home. To Jey’s surprise, Jimmy then left the ring and prepared to leave, forcing him to chase after him and attempt to talk his brother out of it. In that time, though, Cesaro ambushed Reigns, sliding into the ring and beating him down.

Jimmy tried to hold Jey back as Cesaro assaulted Reigns, but he eventually got free and slid into the ring. Cesaro quickly dispatched Jey as well, forcing Jimmy to get into the ring to try and help. Cesaro didn’t succumb, though, and hit Jimmy with the Swiss Death Uppercut. Cesaro then hit both Usos and Reigns with the Neutralizer, before celebrating in the ring. 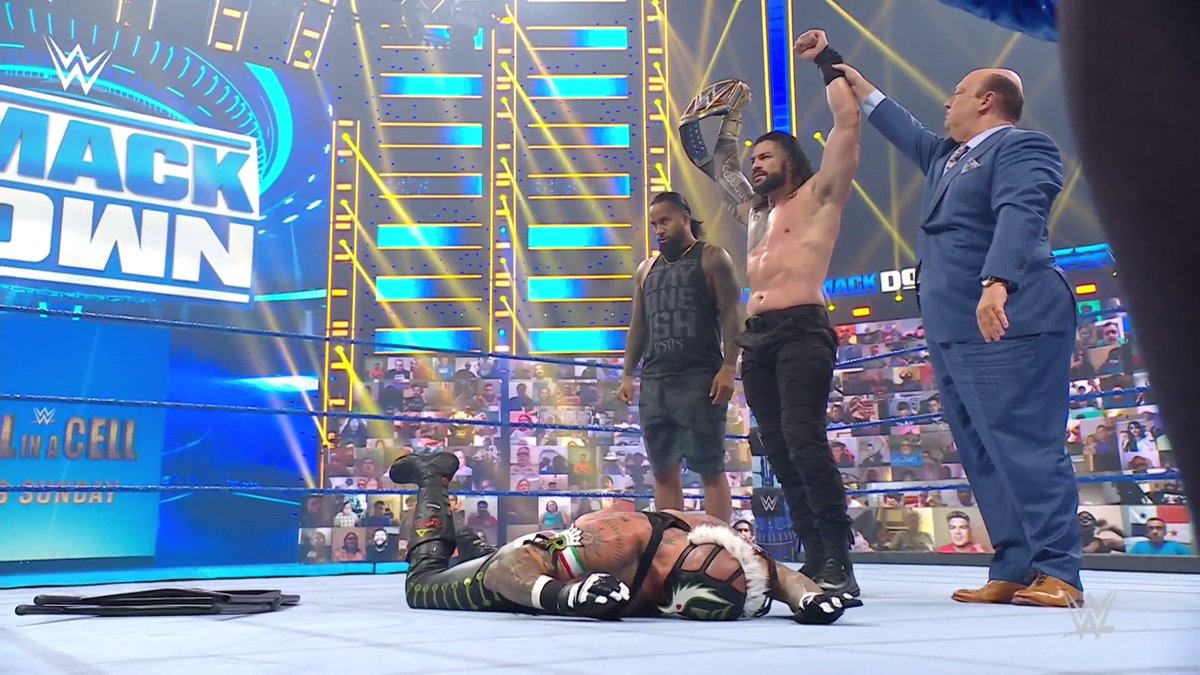