Following his defeat to Kota Ibushi at the main event of day two of Wrestle Kingdom 15 for the IWGP Heavyweight and Intercontinental Titles, Jay White said in the post-match press conference that he simply was done with pro wrestling and just wanted to go home after the sacrifices he made.

Many believed this to be an angle. However, the Super J-Cast is reporting that their sources of told them that there is doubt whether White would extend his NJPW contract and that WWE are making “a strong play for him.” They also reported that it is currently “50/50” as to whether he stays or leaves NJPW.

“Several sources have indicated there is some doubt whether Jay White will extend his NJPW contract, rumoured to be up at the end of the month,” Super J-Cast wrote. “WWE are believed to be making a strong play for him and it’s 50/50 whether he stays or goes.”

White has some connections in WWE as Finn Balor and Shinsuke Nakamura were part of a group that recruited him to NJPW. White has stated in the past that signing with WWE was not on his radar. 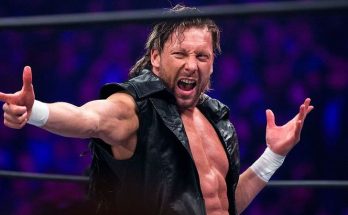