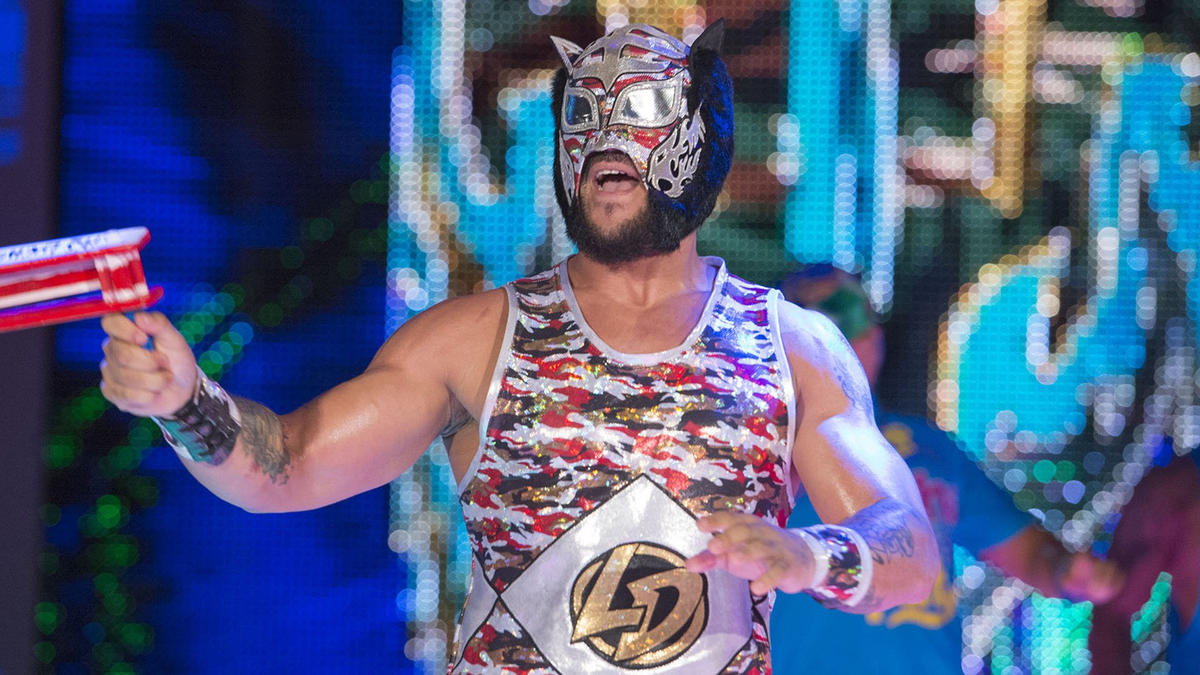 WWE SmackDown Superstar Lince Dorado is teasing a possible change to his look.

Dorado took to Instagram this morning and posted a photo that indicates he may be saying goodbye to his lucha mask. He captioned the photo with, “Goodbye”

The photo led to Dorado trading shots with a few fans in the comments section.

Dorado posted a comment to address the feedback he was receiving. He wrote, “Wow so many people who never comment/liked on my post unless ya see something negative. Shame on you! To the true supporters, one love! Everyone else, good freaking bye!”

One fan wrote that Dorado was just “trying to get our attention cause you don’t have supporters.”

The exchange continued when the fan said it’s not that serious as they just started paying attention to Dorado this past week.

Dorado wrote back, “peace if you ain’t give it from day 1 don’t need it now”

Another fan wrote, “your saying that cause your mother lefted you”

“that’s the best you got? Recycled my comeback damn lame,” Dorado wrote back.

Dorado also responded to a comment that said he was depressed because he can’t get fan support.

He wrote, “depressed my life is amazing homie! $ in the bank, fwine girl what you got? Lol”

Dorado told another fan, “hope one day you find what makes you happy homie lol”

One of the fans kept taunting Dorado and tried to insult autistic fans.

Dorado fired back, “way to make fun of awesome people. You have been erased from my memory you pos”

There’s no word yet on what Dorado’s mask teaser is all about, but we will keep you updated. Dorado is currently involved in a SmackDown storyline with his Lucha House Party partners Kalisto and Lince Dorado, where it’s been teased that Dorado and Metalik may be breaking away from Kalisto due to tension in the group from when Kalisto returned earlier this summer.