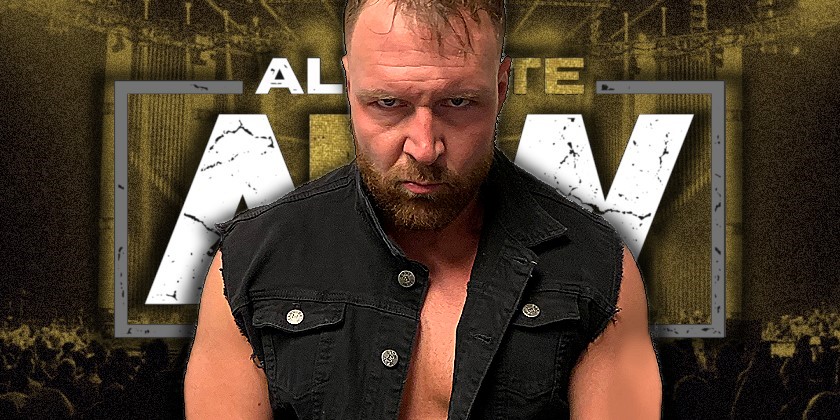 Jon Moxley did an interview with Dave Meltzer of Wrestling Observer Radio where he talked about a wide range of topics.

During the interview, the AEW World Champion was asked about his thoughts on the WWE ThunderDome. This is where he noted that he doesn’t think having the concept inside of a bigger arena with fans appearing virtually will solve its problems. Instead, it all comes down to Vince McMahon being in charge.

“Yeah then I mean we know what their problem is, it’s one person three letters VKM (Vince McMahon). That’s the problem until he’s gone it or relinquishes control, it’s just not gonna change. When I watched the show like during the pandemic era when I watched the show oh you see them before especially during the pandemic era, I’m just like, ‘oh thank god I’m not there,’ Jesus christ like what would I be doing on that show right now.

Can you imagine you think it would be any good like come on but I really don’t want to get into a bashing them thing. All the led boards and shit and their ThunderDome isn’t going to fix their problems. we know what the problem is. Did you see…I saw a picture of the ThunderDome and it had like I guess…it was like a zoom call with all the faces on the wall and it tripped me out.

Because it immediately made me think of..have you ever read the book Fahrenheit 451? Oh, you should it’s true so this book was written in 1953 by a guy named Ray Bradbury and he basically it’s kind of like a dystopian kind of thing like 1984. He basically predicts in 1953 exactly what 2020 will be like it’s trippy if you read it.

You’re like whoa it’s about like because the firemen they burn books because they don’t want people to be literate or to be smart or think for themselves they just want to feed them with all this like mindless entertainment and they had the thing that why the ThunderDome made me think of it is. Because this is in the 50s before computers and social media but he kind of imagined what it would be like.

The thing was like your family quote-unquote in the parlor wall, so like in your living room the wall would be filled with all these faces that you like to communicate with and hang out with. That’s kind of like social media is now and that’s exactly what the ThunderDome looked like. I went, ‘oh my god it’s the thing from Fahrenheit 451 come to life trippy.’

He later noted, “I hope I hope it’s awesome because there’s so I have friends there I have so much great talent there that I want WWE to be awesome honestly when WWE sucks at this point I don’t get like excited about it like haha you suck it kind of pisses me off because they’re the number one brand in the sport they represent the support to a lot of people and when their product is like embarrassing to watch it makes all of the wrestling look bad and it’s like you’re driving away fans it could potentially be WWE and AEW fans like I want wrestling all over the world to be awesome the hotter it is all around the better it is for everybody right.”