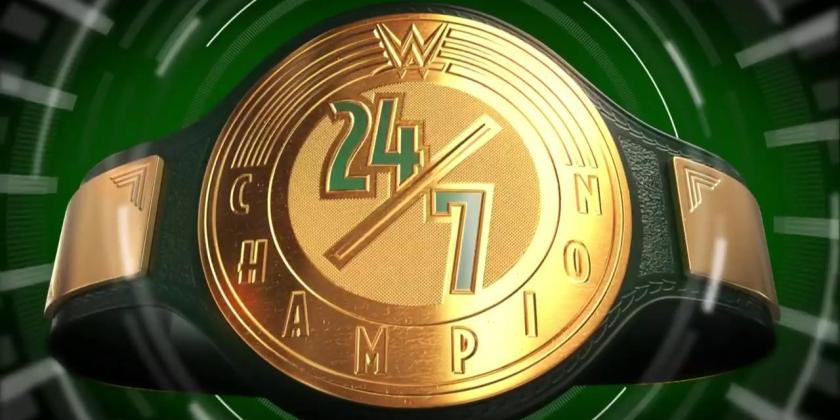 Tonight’s WWE RAW featured a backstage segment where WWE Hall of Famer Ron Simmons gave some encouraging words to Bobby Lashley and MVP, who is still in possession of Apollo Crews’ WWE United States Title belt. R-Truth then appeared and turned down an invitation to walk to the ring with MVP and Lashley. Truth then turned around to a big strike from Benjamin, who covered him to win the WWE 24/7 Title. Benjamin then accepted the same invite, and walked off with MVP and Lashley as RAW went to commercial.

This is Benjamin’s first reign with the 24/7 Title. Truth began his 37th reign back on the June 29 RAW episode by defeating Akira Tozawa.

After RAW returned from commercial, we saw The Hurt Business in the ring together – Lashley, MVP and Benjamin. They taunted Crews, who is out with a storyline back injury suffered at the hands of Lashley in late June. They also took shots at Cedric Alexander and Ricochet to set up a tag team match. Ricochet and Cedric would interrupt and reveal their partner for a six-man tag team match – Mustafa Ali.

We’ve noted how WWE has had plans to bring Ali to the RAW roster from SmackDown. Until tonight’s RAW he had been off WWE TV since early December 2019, and had only worked a few dark matches in January and February of this year. Ali is now on the RAW roster.

The six-man match saw Ricochet, Ali and Alexander defeat The Hurt Business when Ali hit the 450 on MVP for the pin.

John Cena Reacts To Messages From WWE And AEW Superstars