Here are the spoilers from tonight’s NXT tapings at Full Sail University:

* The Undisputed Era comes out for a promo. NXT Champion Adam Cole says they are going to remake NXT in their image and Cole says the show should start like this every week and they throw to a new version of the NXT opening featuring only Undisputed Era. Cole tells the NXT champions to shine the belts up for the rest of Undisputed and nobody can stop them, not even Triple H. NXT North American Champion The Velveteen Dream interrupts and says the NXT Championship would look amazing paired with his belt. Roderick Strong goes after Dream but Matt Riddle interrupts. Riddle and Cole jawjack and Cole tells Riddle he can go back to writing reviews online for Attitude Era wrestlers. Tyler Breeze interrupts. Tyler says he was talking to Mr. Regal and he doesn’t care what is Undisputed or who is better looking, but he does care about Undisputed trying to take credit for a brand that Breeze built before any of them got there. Breeze says it’ll be the three of them vs. any 3 of the Undisputed Era in the main event

* Damian Priest defeated Raul Mendoza. Raul fights valiantly, but the former Punishment Martinez catches him on a dive and chokeslams him into the ring apron. Priest with a spin kick and a crossroads for the win

* NXT General Manager William Regal announces the NXT Breakout Tournament, an 8-man single elimination tournament between talent that hasn’t been on TV. The winner receives a title shot of their choosing

* Xia Li defeated Taynara Conti. Test of strength to start, the girls trade holds and pin attempts. Xia backs Taynara off with kicks. Taynara takes control. Xia fights back. Taynara ducks a spin kick but Xia hits her on the rebound and gets the pin

* The Undisputed Era;s Adam Cole, Roderick Strong and Bobby Fish defeated The Velveteen Dream, Matt Riddle and Tyler Breeze. Riddle and Cole start. Good exchange here. Cole rags in Roddy, but Riddle with some gut wrench suplexes. Fish in. Dream tags in. Everything breaks down and Riddle is left alone with UE. Cole hits a backstabber for a 2. Riddle intercepts a Panama Sunrise with a knee and gets a hot tag to Breeze. Breeze runs wild and hits a Beauty Shot on Fish, but they pull him out of the ring. Dream blind tags in and bickers with Breeze, leading to Riddle getting knocked off the apron. Breeze and Dream superkick Cole, but Roddy shoves Dream into Breeze and hits End of Heartache for the win

* NXT Breakout Tournament First Round: Angel Garza defeated Joaquin Wilde. Excellent match. Wilde is DJZ, Garza is Garza Jr. Garza wrestled the first few minutes in his long tights, before tearing them away into trunk for a pop. Garza with a modified pump handle flipout facebuster for 2. Garza in control. Wilde reverses a double arm choke into his own. Garza avoids a dive, but Wilde dives through the middle turnbuckle and hits him. They fight on the top rope. Garza with a Spanish Fly for two. Wilde with a crucifix for 2. Garza hits a double underhook backpack drop for the win

* NXT Tag Team Champions The Street Profits defeated The Forgotten Sons by DQ. Quick match where the Profits were rolling, but when Montez Ford went for a cover, Jaxson Ryker pulled him out of the ring and the ref called for the bell. Forgotten Sons attack, but Oney Lorcan and Danny Burch make the save. Lorcan and Burch grab the belts and stare at them before handing them to the Profits

* Keith Lee defeated Nykos Rikos in a squash match. Keith pounces him into the ropes and hits his Jackhammer move for the win

* Mia Yim defeated Aliyah with Vanessa Borne. Aliyah pie faces her, but Mia gets up and knocks her down. Mia goes for a cannonball but Vanessa pulls Aliyah out of the ring. Aliyah with an enziguri for 2. Mia gets the win

* Kushida defeated Scott Parker. Parker is one half of 3.0. Kushida with good technical work to start. Parker hits a dropkick and takes control. Kushida fights back and gets the Hoverboard Lock for the win

* Roderick Strong defeated Tyler Breeze. Good back and forth to start. Tyler tells the ref not to touch him trying to get him out of the corner, which opens the door for Roddy to take control. Roddy hits a brutal backbreaker on the edge of the ring steps, then on the guard rail. Tyler with a backbreaker. Roddy hits a superplex for 2. Kyle O’Reilly and Bobby Fish eventually run out, Breeze fights the off but Roddy hits End of Heartache for the win

* Jordan Myles defeated Boa. Myles is the former ACH. Stokely Hathaway is front row scouting this match. Good back and forth. Boa with a butterfly suplex for 2. Myles takes control and runs wild, and hits a 450 for the win

* Jordan Myles vs. Cameron Grimes and Bronson Reed vs. Angel Garza will be the semifinals of the tournament

* NXT Women’s Champion Shayna Baszler retained her title over Io Shirai in a Steel Cage match. Shayna has her MMA gloves on and starts with strikes. Io tries to climb but Shayna pulls her down and takes control. Shayna throws up into the cage. Io with a cradle but only 2. Shayna back in control. Io fights back and hits two dropkicks with Shayna against the cage. Eventually Io goes to escape but Jessamyn Duke and Marina Shafir run down and close the door. Io goes to climb and Candice LeRae runs down to fight off the Horsewomen. Marina gets in the ring and Candice dives off the the top onto her. Io does a moonsault onto Shayna from the top of the cage. Io crawls to escape, but Shayna grabs her in a choke. Io starts slamming the door on Shayna’s head until she let’s go, but Shayna falls out of the cage to win. After the match, Io turns on Candice and beats her down in the cage. Io grabs a chair and hits Candice, then does a vertical suplex to her on the chair before leaving. Referees and trainers come down to check on Candice. NXT General Manager William Regal walks down to check on Candice. Crowd begins to chant for him, but he tells them to stop. Candice is helped out of the cage and to the back 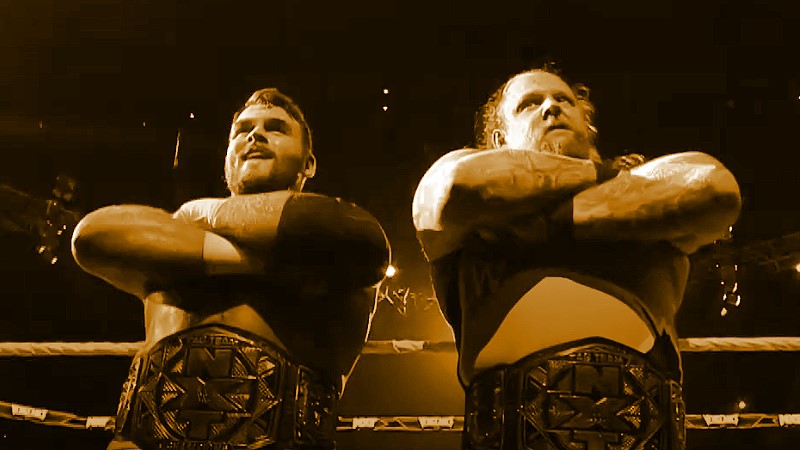 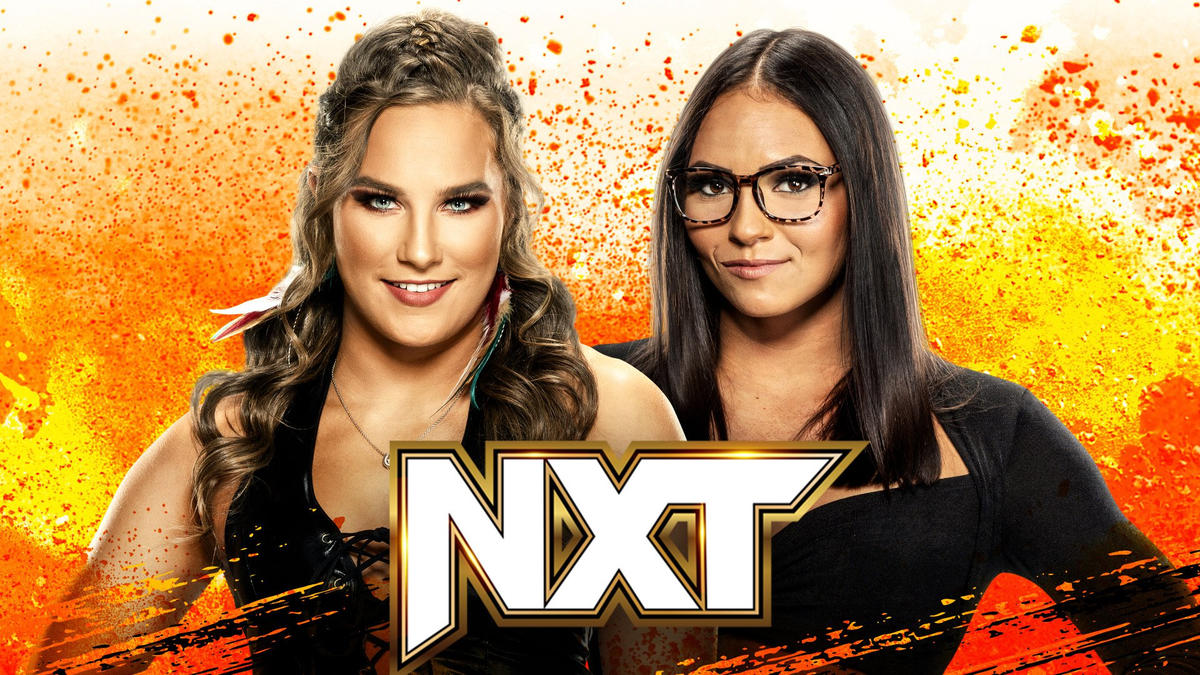