Cody Rhodes is slated to undergo the knife as he’ll need knee surgery shortly. It was noted in the latest edition of the Wrestling Observer Newsletter that his surgery is scheduled for February 12th.

As a result, he’ll be out of action for a few months with the expectation that Rhodes will be back in action at the first event under the AEW banner, Double or Nothing. This event is slated to go down on May 25th at the MGM Grand Garden Arena in Las Vegas, Nevada.

“Cody will be undergoing arthroscopic knee surgery on February 12 in Atlanta,” Dave Meltzer wrote. “The surgery will keep him out of action for two to three months but he’s not scheduled to wrestle until Double Or Nothing on 5/25.”

His knee issues all started back in November after he was pulled from the ROH Global Wars tour once hearing his knee pop. Once getting an MRI, it was revealed that he would need surgery to repair the damage done to his meniscus.

However, he decided to delay the surgery after wrapping up his commitments with Ring of Honor and New Japan Pro Wrestling by working Final Battle and Wrestle Kingdom. 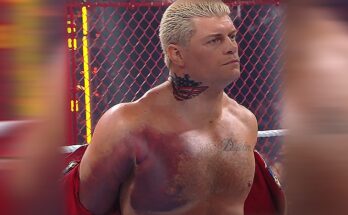