He will reprise his role as Derek Samson. His character is a drug dealer and crime boss. As a drug dealer, Cody’s character sold a substance called “Stardust.” Samson was incarcerated in the storyline which is where it looks like we will find him. The seventh season will premier on October 15th on UPN.

…and he’s got a few friends in prison with him…

Incredibly proud to be back on Arrow for multiple episodes in season 7 https://t.co/6YchheEQE6

– Johnny Gargano is a top babyface in NXT and that good guy attitude transcends outside the ring. One fan recently tweeted out thinking they had a Gargano and Candice LeRae sighting at a Box Lunch store. The fan didn’t approach them, but Gargano responded by saying to never hesitate in the future. He said this goes to everyone as well. Johnny Wrestling continued saying it’s never a bother to meet fans while he’s in public.

This surprised some people on Twitter.. so I decided to repost it here to give my Instagram followers the heads up as well. I remember what it’s like to be a fan..
Un post condiviso da Johnny Gargano (@thejohnnygargano) in data: Lug 22, 2018 at 8:06 PDT

– Xavier Woods’ YouTube channel UpUpDownDown has 1.6 million subscribers. On a recent episode, Woods debuted a new series hosted by Ember Moon. The Warrior Goddess is a huge Dungeons And Dragons fan and plays often. Now she is hosting a new series on UpUpDownDown called “Rollout” where they play D&D. You can check out the first episode below featuring Woods, Moon, Tyler Breeze, and Brennan Williams. 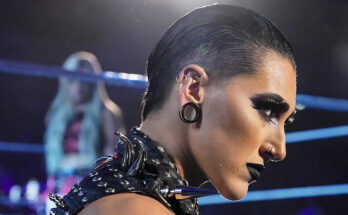