The Usos have responded to criticism over their PWI – Pro Wrestling Illustrated Tag Team 100 ranking.

The Usos went on to defeat The New Day to become the longest reigning WWE Tag Team Champions in company history on the November 11 edition of SmackDown.

As previously reported, their efforts over the past year were acknowledged as they topped the PWI Tag Team 100 charts for the first time.

Various tag team competitors such as AEW’s Dax Harwood and ROH’s Jay Briscoe threw shade on the ranking, so The Bloodline members have finally responded.

“Did Paul Heyman write this issue? ‘Cause this s**t FULL of lies.”

The Usos took to Twitter to reply and tweeted: “A lot of Salty ass tag teams out there huh??…#WeTheOnes”

The Usos Respond To Criticism Over Pwi Tag Team 100 Ranking 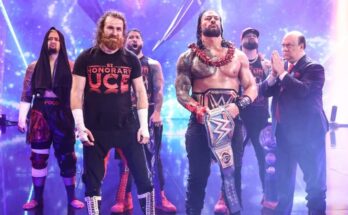