Aliyah Shows Off Her Effortless Beauty In New Photo Drop – Aliyah has been with WWE since 2015. The young superstar was seldom used on television for her first four years with the company. In 2020, Aliyah became a regular on NXT TV. The road since then has been long and hard.

WWE moved Aliyah from NXT to the main roster in the Fall of 2021. Other than some matches on Main Event, she was seldom used. Aliyah is now gaining popularity as she hustles her way through the business. She is now getting her own merchandise courtesy to WWE Shop.

Aliyah definitely knows how to heat things up in her social media handles and gives her fans occasional treats. Aliyah recently took to Instagram to show off her effortless fashion in bold photoshoot. She looked absolutely gorgeous in a lavender dress.

Aliyah has been making some moves since her call up. On the January 14th Smackdown, she defeated Natalya in 3.17 seconds to make herself a world record holder. We’ll have to see what’s next in store for Aliyah. 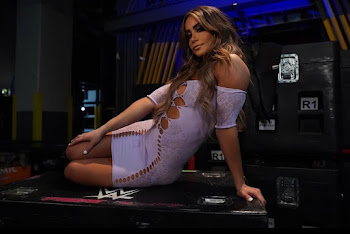 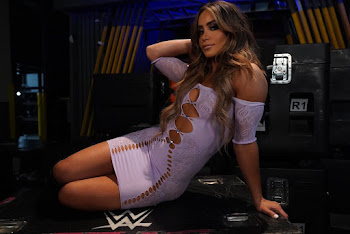 Aliyah Shows Off Her Effortless Beauty In New Photo Drop 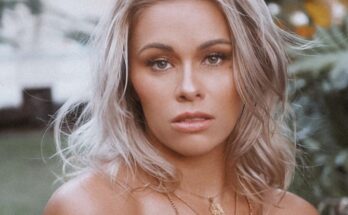