Speculation On WWE Sale – There’s been a lot of recent speculation online and within WWE about a potential sale of the company.

WWE has made a number of budget cuts as of late, with one round taking place in mid-April as they did in April 2020, another round coming in mid-May, and then today’s 6 releases – Braun Strowman, Lana, Aleister Black, Ruby Riott, Buddy Murphy, and Santana Garrett. There was also the major corporate restructuring that went down in May, led by WWE President & Chief Revenue Officer Nick Khan. Khan was brought on in August 2020, and this latest corporate makeover is not the first action of his that has fueled rumors of a WWE sale to a company like Comcast, FOX or Disney.

Khan appeared on Colin Cowherd’s podcast to promote WrestleMania 37 back in April and discussed a potential sale. Cowherd pointed to how WWE is a turbulent around-the-clock lifestyle, and WWE Chairman & CEO Vince McMahon is at the point where he doesn’t need the money these days. He then speculated that WWE must have had offers to sell, and asked Khan why Vince doesn’t let go of the company. Khan said he doesn’t believe Vince wants to sell the company, mainly because he built it, and because he’s the best person to run it, and because what else would he do? Khan also said there was a WWE executive a few years back who asked where Vince was spending his summer, and Vince asked him what was he talking about as he planned to spend his summer in Stamford, CT at his WWE HQ office. Khan noted that Vince won’t be the guy who’s relaxing on a yacht somewhere.

After today’s releases were announced, former WWE writer Curt Schilling tweeted about why he thinks WWE is preparing for a sale.

“You don’t cut talent assets on this level unless you are trying to maximize profits before a sale,” Schilling wrote. He added, “Braun is a legit top guy, a former world champion, and a merchandise mover. Alastair Black was getting a push on TV LAST WEEK. This is very telling.”

Brandon Thurston of Wrestlenomics wrote a lengthy Twitter piece on why he thinks a WWE sale is not happening.

“Foreboding that WWE is preparing to sell is the stuff of cynical wrestling fan fatalism,” Thurston wrote. “New leadership came on in August and is still in Year 1. I would be shocked if WWE sells in Vince’s lifetime. 1) Nick Khan indicated to Cowherd that Vince has no intention to sell. 2) I cannot imagine Vince doing anything else. Lay-offs, releases, & restructuring probably has more to do with Nick Khan and Kristina Salen critiquing and reshaping what George Barrios and Michelle Wilson left behind. Every few years WWE has cut employee & talent headcounts.

“WWE had over 300 wrestlers under contract in 2020, way more than they need, for basically no reason other than to hoard them from competition. Doing so probably contributed to talent leverage in pay negotiations. New leadership might not see this approach as cost effective. If you’ve followed Vince’s career, he’s a control freak through-and-through. That tendency increased with time. I tend to believe control is priceless to him. When he’s gone, sure WWE might sell and NBCUniversal is the most obvious suitor and really the only one that makes sense.”

Thurston continued and addressed some of the roster speculation.

“Understandably, wrestlers too may be looking for a grand reason why they or their friends were cut,” he continued. “78 out of ~300 of them wrestled on all TV/WWE Network shows in the last full week, including those who were just at ringside, granted more appeared in non-wrestling roles. Even allowing for that & a substantial number offscreen in developmental or out with injuries, the ratio doesn’t make sense. The defense built to guard against AEW (putting NXT head-to-head on cable & warehousing talent) is costly, ineffective & is being somewhat undone.”

Former WWE Champion CM Punk tweeted a GIF from the “Trading Places” movie and included the waving hand emoji, as seen below. The GIF shows Dan Akroyd’s character selling off his shares on the stock market.

ECW Original The Blue Meanie tweeted, “Vince has to be positioning to sell the WWE right?”

The legendary Dutch Mantell (fka Zeb Colter) reminded everyone how he passed on an incorrect rumor about WWE and Disney last year, and said it appears something might be happening now.

He wrote, “I reported last year that @WWE was in the process of being sold to Disney. Most people responded STFU. But lately, it appears that something is happening and it could be true. Do you think Vince might be selling?”

These sale rumors have made the rounds for years, but the recent cuts and restructuring have brought them back to the forefront. As WWE is a publicly traded company, it can’t just be outright “sold” to a buyer as there are several factors at play, including Vince’s controlling interest and regulatory approval.

Stay tuned for more on the WWE budget cuts and any potential sale. You can see the related wrestler tweets below: 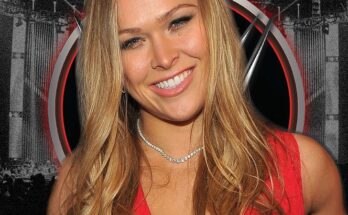