Elias spoke with the Memphis Commercial Appeal and said he has two goals as he enters 2020 – win the WWE Intercontinental Title, and then one day, win the WWE Universal Title.

Elias said he has all the tools needed to get to the top.

“I’ve got every tool you could imagine to get there, so it’s just a matter of opportunity and timing, as far as I’m concerned,” Elias said.

Elias recently spent some time away from WWE due to an injury and during that time off, he says he figured out what he must do to get to the top. He realized that he needs support from the WWE fans. It was noted how recent songs against The Revival and Drake Maverick have brought cheers from the crowd.

“They need to be on your side, and it just so happens I’ve got the power to manipulate people with my music, with my words, with everything I do,” Elias said. “And it looks like that is the approach I am going to have to take moving forward.”

Elias referred to his songs aimed at other Superstars or WWE host cities as “truth speaking” and said this won’t leave his repertoire. 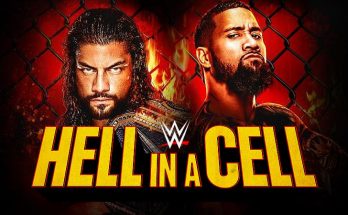 Elias On Using Jeff Hardy To Get To The Main Event, His New Album, How He Feels After Recent Injury