Below is TNA’s announcement, which also reveals that the July 21st episode will feature the “Bound For Glory Playoff” to determine a new #1 contender to the World Heavyweight Title.

On Tuesday, July 12, IMPACT WRESTLING on Pop is LIVE from Universal Studios Florida with Destination X, as the Stars of IMPACT WRESTLING’s signature high-flying, no-limits X-Division take center stage. And, in the Main Event it will be Title vs Title as X Division Champion Eddie Edwards faces TNA World Champion Bobby Lashley inside the six-sided ring. For the first time ever at Destination X, the winner of the Title vs Title match will walk away with the X Division and the TNA World Titles.

THURSDAY, JULY 21 AT 8/7 C
IMPACT WRESTLING on Pop MOVES TO ITS NEW REGULAR TIME SLOT on Thursday nights at 8/7c starting July 21st. The adrenaline-pumping action-packed IMPACT WRESTLING serves as the kick-off to the Bound For Glory Playoff, where 8 IMPACT Stars, including former World Champions Drew Galloway, Matt Hardy, EC3 and other top stars compete to become the #1 Contender for the World Title.

Eric Bischoff Explains Why He Left TNA In 2013 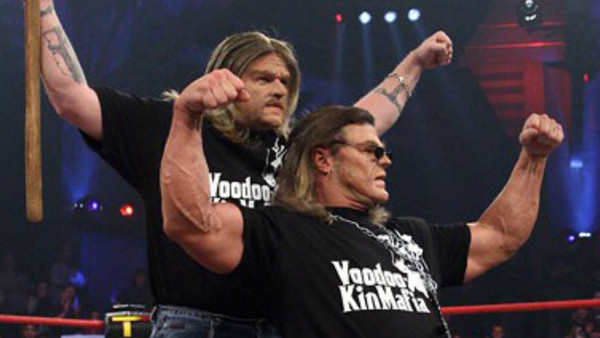