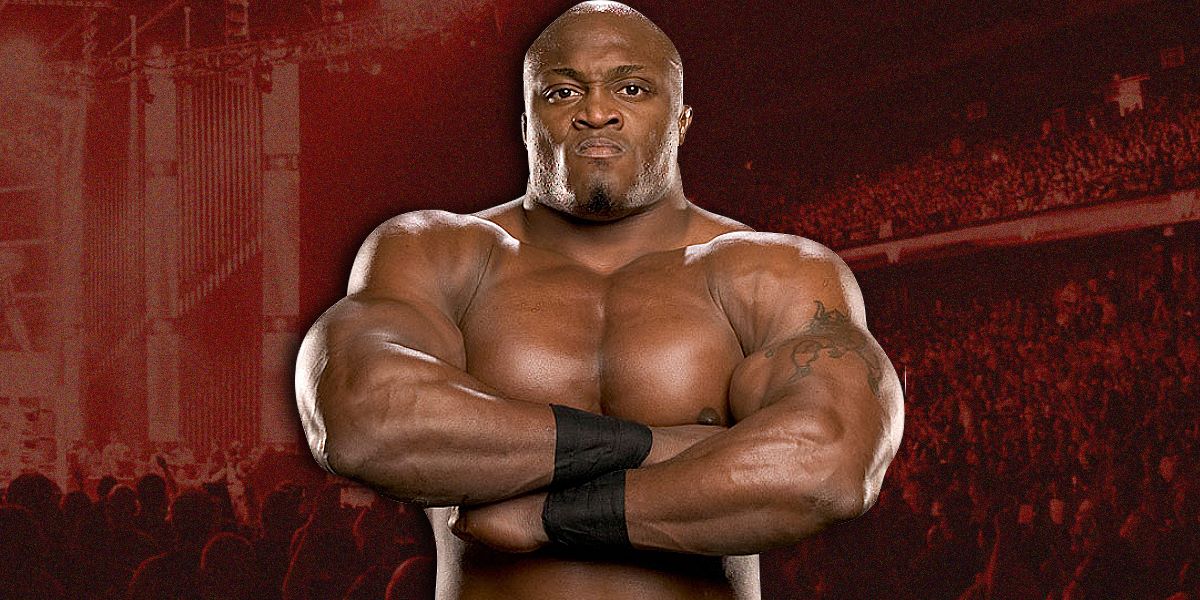 Bobby Lashley recently spoke with Scott Fishman of TV Insider and said he still hopes to face Brock Lesnar one day. He was asked if he still sees the match happening down the line.

“It’s the craziest thing with Brock Lesnar. When I got into wrestling, Brock got out. I got out, and he got back in. I got back in, and he got out. Nobody is ducking anyone,” Lashley said. “It just so happens to work out that way. Brock has big opportunities and a lot of people he can have big marquee matchups against. He can take on Jon Jones within the MMA world. There is a line there that you have to stand behind.

“As much as the fans want to see this match happen, I got to take into consideration Brock has to do his business the way he wants to. We never had that opportunity to get in and have that match. Hopefully, the stars align for both of us. Maybe it will happen when we are 60. I’ll tell you every day I post a picture of anything on social media, people will say they want me and Brock. We have to give it to him.”

Lashley and The Hurt Business have dominated in WWE’s RAW Underground concept on multiple occasions this summer. He was asked what he thinks of how the new “worked shoot-style” fighting concept has been executed by WWE, as someone who is accomplished in the combat sports world. Lashley said the concept is good for the show, but he’d like to see more training for the competitors.

“I like it. I think at the beginning people had their notion about it, but I think it’s good. Wrestling is a variety show,” he said. “That’s something that is big right now. Mixed martial arts and fighting is big, so the fact we can put it on our show is amazing. If I did want to tweak anything, I think I would like to see more training. There are gyms everywhere. Go out and get a striking coach. Take a jiu-jitsu class. This way when you get in there, you’ll know what to do.

“I think we use this to show appreciation to the MMA crowd. We can show we are pro wrestlers, but we can do the same things they can do. I think Aleister [Black] is ready to jump in there. Erik of the Viking Raiders has been doing great. Dolph [Ziggler] has an extensive wrestling background. [Baron] Corbin has hands. I like to see these guys mix it up in a different sense. I just think we can learn a little more about the sport to give an accurate portrayal and know what you’re doing out there.”

Lashley also revealed that he’s had talks with the Bare Knuckle Fighting Championship promotion about doing a fight there. He also confirmed that he still has an active contract with Bellator MMA. Lashley was asked if we’ve seen his last MMA fight, which was a win over Josh Appelt at Bellator 162 on October 21, 2016. Lashley now has a MMA record of 15-2.

“I’m fighting until I can’t fight anymore,” he answered. “I just had a conversation with the Bare Knuckle Fighting Championship guy. We discussed going out there and doing a bare knuckle fight. I still have an agreement with Bellator. I always thought I would find my way back to WWE.

“When I signed my Bellator contract, I had an out clause for the WWE. It said if WWE alone offered me a contract they would relieve me from the Bellator contract. [Bellator MMA President] Scott Coker is an amazing guy. The fact he gave me that contract was just incredible. But since he gave me it, I still have fights with Bellator and can fight with them, which is a really good thing.”