WWE SmackDown Results (6/10) Baton Rouge, LA – We’re live from the Raising Cane’s River Center in Baton Rouge, Louisiana, as Michael Cole welcomes us. He’s joined at ringside by Pat McAfee. Cole says this is one of the biggest nights in the history of SmackDown. They hype the card and the main event, which will see Riddle vs. Sami Zayn. If Sami wins, Riddle is barred from SmackDown and if Riddle wins, he gets a title match next Friday from Undisputed WWE Universal Champion Roman Reigns.

Drew McIntyre is about to make his way out to the ring, when Butch jumps out from behind the curtain. Drew catches him and shoves him away, into the waiting arms of Sheamus. Sheamus and Drew exchange a few words and Drew heads off to the ring.

The music hits and here comes McIntyre with his sword, Angela, in the air. Pyro hits and Drew poses in the corner for more pyro and a pop from the crowd. Out next comes The Brawling Brutes – Sheamus with Butch. Cole says Ridge Holland suffered a knee injury last week and he is on the shelf.

Drew sets for a Claymore but Sheamus with a knee and he gets a near fall when he collapses onto Drew.  Sheamus sets for a Brogue Kick and Drew counters with a power bomb and he gets a near fall.  Drew with a Claymore to Butch and Sheamus clotheslines Drew over the top rope to the floor.  Sheamus goes to the turnbuckles and hits a clothesline off the turnbuckles.  Drew with an overhead belly to-suplex on the floor and then Drew is sent into the time keeper’s area.  They each grab chairs and they both swing and hit the other’s chair as the referee calls for the bell.

Drew sends Sheamus through the announce table as we go to commercial.

We are back and Sheamus and Drew fight around ringside.  Sheamus punches Drew and Drew punches back.  Drew sends Sheamus into the announce table and Butch jumps on Drew while officials try to separate things.  Drew sends Butch to the floor and then Drew and Sheamus fight into the crowd.   Drew gets on the ring steps while Sheamus stands on the first set of stairs in the aisle.

— We take a look at Cody Rhodes from Raw and what Seth Rollins did to him. Cole mentions that Cody could be out for up to 9 months.

Lacey Evans makes her way to the ring as we go to commercial.

Before the match, Xia Li says Lacey Evans is not a winner, she is a whiner.  She will make Lacey cry tears as she goes on to Money in the Bank.

Adam Pearce is on the phone and Drew McIntyre enters.  He says he wants in the ladder match and he tells Adam to make it happen.  Adam says he didn’t win.  He has to process things before he can make a decision.  Drew tells Adam to put him in the match.

— Smackdown Women’s Champion Ronda Rousey makes her way to the ring as we go to commercial.

— We are back with a video for the Viking Raiders. They say Vikings are some of the most rugged people on the planet.  Every city they go to, they are ready to join the raid.  They pride themselves on honor, valor, and bravery.

Ronda says Money in the Bank is three weeks away.  She says she cannot wait.  She wants to prove to Natalya that the arm bar she learned from her mom is better than that cheap imitation of a Sharpshooter she pilfered from her uncle Bret.

Shotzi makes her way to the stage and she tells Ronda to shut up.  She says she might not have the experience of Natalya or a fancy submission move, but what she has is serious aggression and a killer instinct.   If you are a fighting champion, you wouldn’t wait until Money in the Bank.  The Baddest Woman on the Planet would have no problem fighting me right here, right now.

Ronda asks the people if Shotzi should have a match?  Ronda tells Shotzi she is on. Back to commercial.

After the match, Natalya attacks Ronda from behind and applies a Sharpshooter.

Megan Morant is in the back with Riddle.  Megan brings up the stipulations for tonight’s match against Sami Zayn.  Riddle says he thrives under pressure.  What motivates him is what the Bloodline did to his friend Randy.  He will do whatever it takes to get payback.  He says the juice is worth the squeeze and if he beats Sami tonight, he will get his vengeance on Roman Reigns.

— Ludwig Kaiser introduces Gunther as we go to commercial.

— We see Ronda at the medical training room.  Kayla Braxton says that is a serious injury that Ronda suffered.  She asks if Ronda will be able to compete at Money in the Bank.

Gunther vs. Ricochet for the Intercontinental Championship

The bell rings and they lock up but Gunther launches Ricochet to the mat with ease. They go back and forth now until Gunther chops Ricochet out of the air with a huge shot that shocks McAfee and others. Kaiser approves from ringside.

Gunther takes Ricochet to the corner, turns him upside down and man-handles him with a boot. Ricochet falls to the apron and he’s hurting. Gunther grabs Ricochet and takes him to the floor as we go back to commercial.

Ricochet goes to the turnbuckles.  He misses a 450 splash and lands on his feet.  Ricochet with a kick and a rolling drop kick.  Gunther with a drop kick to Ricochet followed by a power bomb for the three count.

Sami Zayn is in the back and Paul Heyman shows up to talk to Sami.  Paul says this is the greatest opportunity of his career.  You beat Riddle and you give me the ammunition to tell the Tribal Chief that Sami Zayn belongs in the Bloodline.  If you lose to Riddle tonight…

— We see footage of John Cena visiting a fan who escaped Ukraine.

— Back from the break and tonight’s Progressive-sponsored video shows recent happenings between Madcap Moss and Happy Baron Corbin. They will have a Last Laugh match next Friday. Cole says Max Dupri will also reveal his first client in the Maximum Male Models agency next week. Dupri was supposed to do this tonight but he had travel complications in Europe. We go back to the ring and Irvin introduces Paul Heyman, who is on commentary. The bell rings and Riddle goes at it with Sami. Riddle catches Sami in an early armbar in mid-air but Sami gets the rope to break it up.

Sami Zayn vs. Riddle
If Riddle wins the match, he gets a title match against Roman Reigns
if Riddle loses, Sami is barred from Smackdown

Paul Heyman is at the announce table for this match.

Zayn with an inside cradle for a near fall.  Riddle with a back elbow and he goes up top but Zayn pushes Riddle off the turnbuckles and Riddle hits the ringside barrier.

After the match, Riddle stands tall as the music hits. Riddle stares out at Heyman and taunts him. Undisputed WWE Tag Team Champions The Usos suddenly hit the ring and attack Riddle from behind. Jimmy Uso and Jey Uso destroy Riddle and toss him from the ring as Heyman looks on. The Usos raise their fingers in the air as the music hits. Riddle runs back in with a kendo stick. He wails away on The Usos, knocking them down and then out of the ring. A fired up Riddle stays on them and beats them some more at ringside with the stick. Riddle points at himself, then points up in the air to taunt The Usos. Riddle’s music starts back up as Cole confirms Riddle vs. Reigns for next Friday. Fans chant “Bro!” as we go to replays. Riddle yells into the camera and says he’s coming for Roman, and he’s coming for the title. Riddle goes back to posing for the crowd, then hits the turnbuckle and does Orton’s signature pose. SmackDown goes off the air. 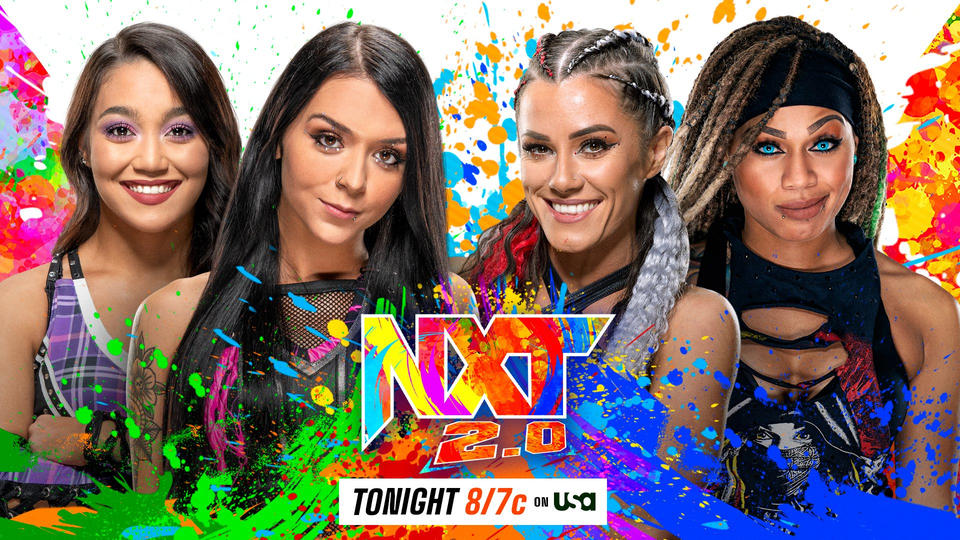