The WWE Elimination Chamber 2021 pay-per-view took place on Sunday, February 21, from the WWE Thunderdome at The Tropicana Field in St. Petersburg, Florida, due to COVID-19 pandemic.

This is our official page for the event, featuring the current card, rumored matches and WWE Elimination Chamber related news at the bottom of the page. Check back this page often for future updates.

Check out the full results at this link.

In 2002, WWE announced the creation of the Elimination Chamber, a match that combined elements of WWE’s Hell in a Cell matches, Royal Rumble match, Survivor Series matches and World Championship Wrestling’s (WCW) WarGames matches, such as the countdown timer and time intervals from the Royal Rumble and War Games matches, the large enclosed cage format of both Hell in a Cell and War Games and the elimination process from the Survivor Series contest.

Former WCW President and then Raw General Manager Eric Bischoff formally announced the creation of the chamber during the October 21 episode of Raw and scheduled the match to feature participants from the Raw brand roster at the Survivor Series in November 2002.

Beginning in 2008, the match became exclusive to the No Way Out event and two Elimination Chamber matches were featured annually for two years among the three brands. In 2010, WWE replaced their No Way Out event with the self-titled Elimination Chamber, a new event which continued the tradition of its predecessor. From 2008–2014, the match had been featured in February events only.

Originally, The Elimination Chamber was a circular-like chain-linked structure, but since 2017 it is now square and encloses the ring. Its floor is platformed over the ringside area around the ring which elevates and levels it with the ring mat. Within the Elimination Chamber, four enclosures, referred to as inner chambers or pods, are encased in plexiglass and face the outside of each ring post.

The match is contested by six or seven participants: two or three starting in the ring, while the other four are held within each inner chamber. The Elimination Chamber in February 2018 featured a seven-man chamber match in which three participants began. Every five minutes, one of the four participants within an inner chamber enters the match. This continues until all four have been released, meaning an Elimination Chamber match typically lasts over twenty or more minutes.

The objective of the match is to eliminate each opponent from the match by scoring a pinfall or a submission. These can occur in the ring or on the chamber’s elevated floor, but starting with the 2012 event all pinfalls and submissions must take place within the ring. Disqualifications and count-outs do not apply in the process of elimination. The winner of the match is the last remaining participant after all others have been eliminated.

According to WWE’s production designer Jason Robinson, who co-designed the structure, several designs for the Elimination Chamber were considered. The structure was manufactured in Colorado Springs, Colorado and took six to eight weeks to make from design blueprints. It cost US$ 250,000 to construct.

A 50 ft (15 m) flatbed truck is needed to transport the chamber. Assembly in the arena takes eight hours to complete and eight motors are used to suspend the structure over the ring before each event. When not in use, the structure is stored at a dock in Newark, New Jersey. Unlike standard steel cage matches and Hell in a Cell matches, Elimination Chamber matches cannot be held at several arenas due to the structure’s massive size and weight. 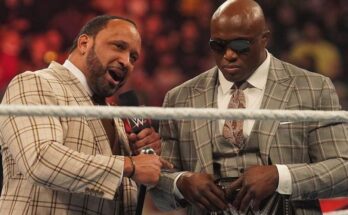 Update On Madcap Moss After Scary Spot At Elimination Chamber