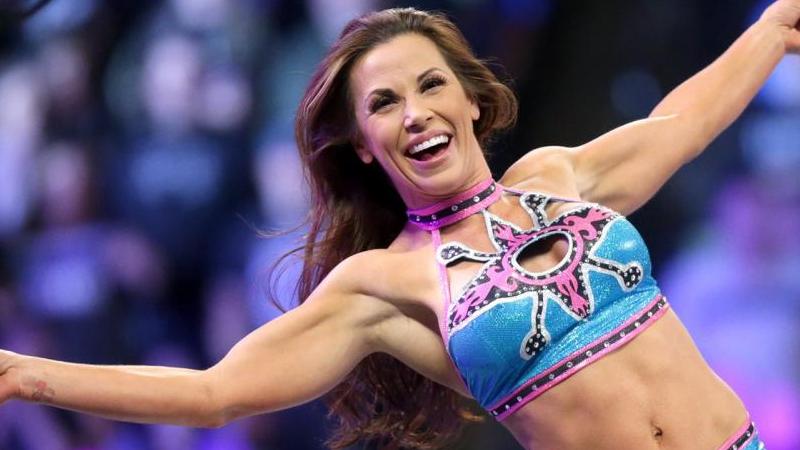 After building up what was supposed to be a legendary match between Mickie James and the RAW Women’s Champion Asuka this past Monday on RAW, things seemed to take an awkward turn, when the referee seemingly prematurely stopped the match.
The original plan was for Asuka to defeat James via submission, but the match was reportedly stopped early out of concern over that James might have being knocked out on her feet due to the way she was selling Asuka’s previous move.
During her interview on this week’s episode of WWE’s The Bump, Mickie said that she was in utter shock on how her match with the “Empress of Tomorrow” turned out. She believes if the referee didn’t end the match so abruptly, she would’ve been the new champion.
“I’m heartbroken. I can’t even watch it, I’m so devastated,” Micke James said in disbelief. “I pinned her. I just don’t understand it.”
Even though things did not turn out the way she wanted, Mickie is quite grateful for the opportunity to face Asuka for her championship. In fact, she mentioned that the two-time RAW Women’s champion is someone who, in her opinion, will go down in the history books as one of the greatest female competitors WWE has ever seen.
“I rate Asuka up there with the best, and I’ve always said that. She will go down in WWE history as one of the greatest female competitors of all time,” she noted. “It’s not just because of her in-ring ability. It’s her mystique character and the way she presents herself. Asuka is everything that she says she is. I find her to be very empowering and very timeless. She’s definitely up there with the rest of them.”

Mickie James Addresses Her Future, Says Her Next Loss Will Be Her Last Loss