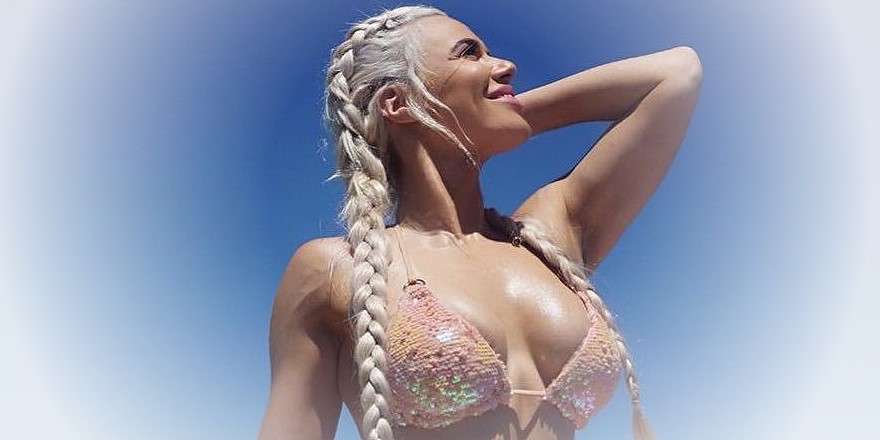 As noted, WWE is cracking down on WWE Superstars using third party platforms.

According to Dave Meltzer, “the straw that broke the camel’s back” with WWE officials in the lead-up to the new edict was Lana’s Instagram brand deal with Bang Energy Drinks, and the commercials that she has uploaded for them.

As seen below, Lana has several Instagram posts promoting Bang Energy Drinks and the account belonging to their CEO, Jack Owoc. Her most recent posts for Bang Energy are from May 27, July 31, August 7 and August 26. You can see those posts below.

Lana also has several Instagram ads for Fashion Nova, a popular partner for female “influencers” on social media, but none of them are tagged as an advertisement, which is required by the platform. She also has partnerships with at least two other brands. It’s interesting that WWE has recently put an emphasis on Lana being a “social media influencer” with her character change on RAW.

It was believed that more details on the new WWE edict would be revealed to talents at the next TV tapings, including specifics on what they can and can’t do. Those tapings would’ve been for last night’s SmackDown and Monday’s RAW, so we should be hearing more details soon.

Stay tuned for more on the new ruling, which continues to be a hot topic among wrestlers and fans on social media.

Getting ready for the day with @BangEnergy What do you have planned? #BangEnergy #EnergyDrink Follow the inventor of Bang: @BangEnergy.CEO

Who loves dancing say ?? ! I love dancing and @BangEnergy alwajs gives me the energy to just DANCE ! #BangEnergy #EnergyDrink Follow the inventor of Bang: @BangEnergy.CEO