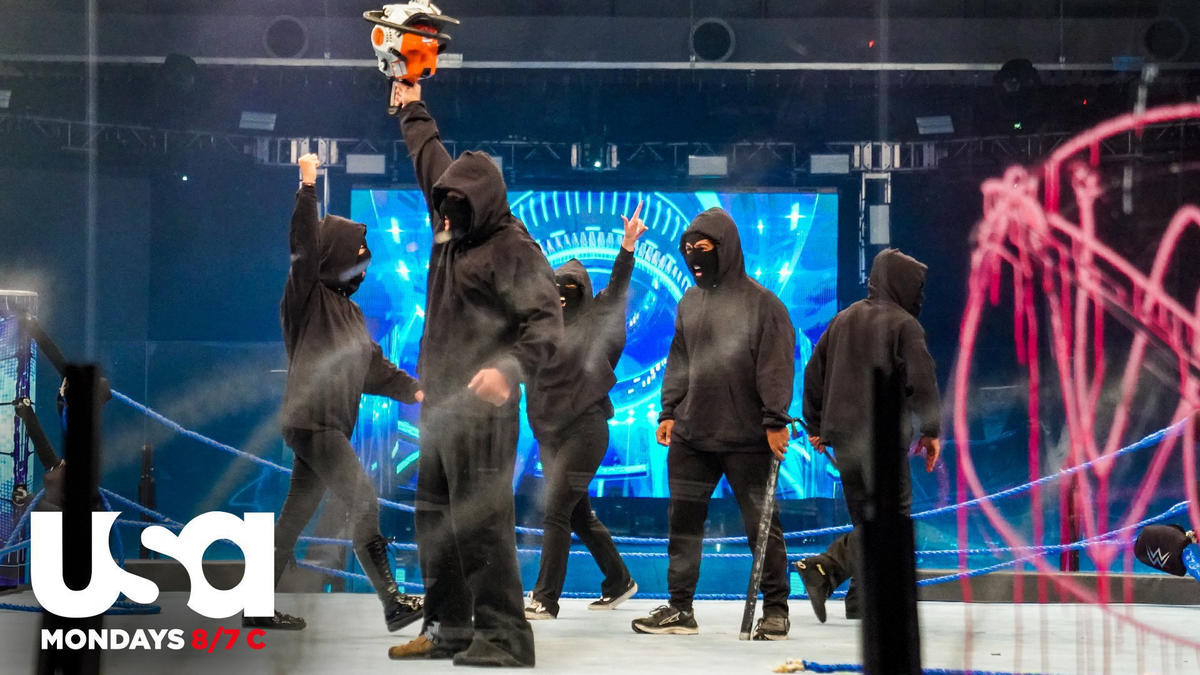 Five members of WWE’s Retribution stable have been identified.

This week on Raw, Retribution gave a promo that seemed to hint that they would be revealing themselves soon. They also appeared at the end of the show when they interrupted the match between Keith Lee and WWE Champion Drew McIntyre. The segment ended in a big brawl that included The Hurt Business but this time Retribution was laid out and the two men left standing were Lee and McIntyre.

These names have been speculated off and on for weeks but it’s the first time that there’s been confirmation from WWE’s own internal roster page.

Martinez is believed to be done with NXT after losing a Steel Cage Match to Rhea Ripley last week. Yim has been on a losing streak and hasn’t been seen on NXT in a couple of weeks. Maddin hasn’t been seen on Raw since being taken out by Brock Lesnar late last year after a stint as part of the Raw broadcast team. Shane Thorne was last seen a few months ago as part of a tag team with Brendan Vink and Dijakovic disappeared from NXT several weeks ago.