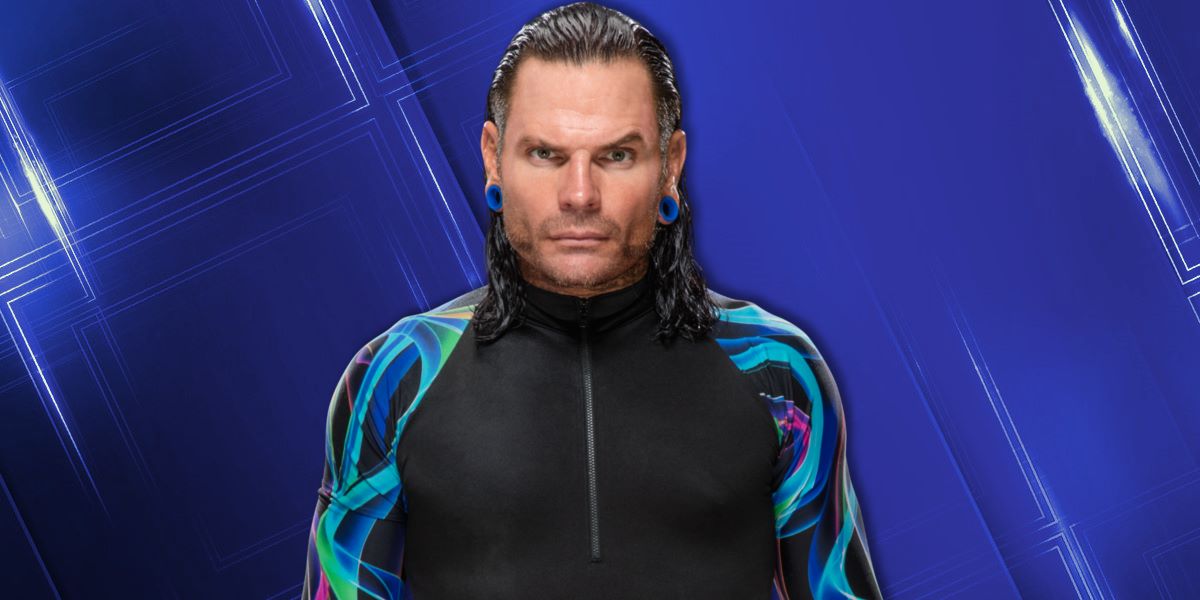 As noted, this week’s SmackDown on FOX saw Jeff Hardy capture the WWE Intercontinental Title from AJ Styles. This was the first title change inside the WWE ThunderDome.

Below is post-show video of Hardy’s championship photo shoot, celebrating his fifth reign with the belt.

Hardy was asked what he was preparing to say before his post-match in-ring interview with Kayla Braxton was cut short due to someone in the production truck hitting his music.

“I’m so shocked, you know? It’s so surreal,” Hardy said. “I was just gonna basically say I couldn’t have done this without you, the WWE Universe. I mean, I love them and they are everything to me, as far as my career, and this is dedicated to them. I couldn’t do it alone.”

Hardy was also asked what it was like on the first night of The ThunderDome.

“It felt like the future, the strange future,” Hardy said. “Very, very surreal again, and I’m just honored now. Looking back on my career, I will be glad I had a match like that on this first show, in The ThunderDome.”

“It means I’m still relevant, I’m still pretty good at what I was born to do,” Hardy said. “And it means I have a place here in the WWE to where I can end my career where it started, and that means everything to my lifetime achievements, so I want to keep it going, stay on that straight & narrow [path], and keep pleasing the WWE Universe.”

On a related note, Jeff’s wife Beth Hardy revealed on Twitter that his popular “No More Words” theme song is being saved for when WWE is able to have real fans in the crowd once again. Hardy has been using the “Loaded” theme.

AEW star Matt Hardy took to Twitter after SmackDown and congratulated his brother.