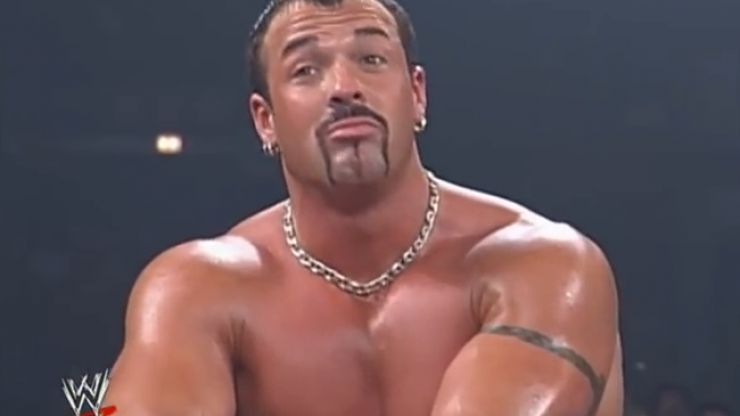 Former WCW and WWE wrestler Marcus “Buff” Bagwell has been hospitalized with serious injuries after a car accident earlier this week.

The Cobb County Government website reports that Bagwell was transported to Wellstar Kennestone Hospital with serious injuries on Sunday.

Investigators believe that Bagwell was impaired by prescription medication during the accident, according to the report.

The Cobb County Police Department Selective Traffic Enforcement Program (STEP) Unit is currently investigating what they are calling a serious injury traffic collision. The accident occurred this past Sunday, August 16, at 5:18pm on Cumberland Boulevard, east of Cumberland Parkway in Cobb County, Georgia. Investigators say a black 2013 Chevrolet Tahoe was traveling west on Cumberland Boulevard, towards Cumberland Parkway, when the driver lost control while negotiating a curve. The Tahoe collided with the center median and metal fence within the median, then continued west across the eastbound lanes.

The Tahoe, driven by the 50 year old Bagwell, then collided with a curb before colliding into a free-standing bathroom at the Cobb County Transit bus station.

According to CobbCounty.org, Bagwell was transported to the Wellstar Kennestone Hospital with serious injuries and they believe that he was impaired by prescription medication when his 2013 Chevrolet Tahoe crashed while traveling on Cumberland Parkway.

The report notes that the car was traveling west and the driver lost control while negotiating a curve. The car collided the center median and metal fence before going across the eastbound lanes and colliding with the curb and into a free-standing bathroom at the Cobb County Transit bus station.

The collision remains under investigation and authorities are asking anyone with more information to call 770-499-3987. Sadly, this is just the latest in a long list of personal issues for Bagwell.

Back in May of this year, Bagwell posted a Cameo video that showed bruising on his face. He admitted to being drunk and said that the bruises on his face were a result of him tripping over his dog and hitting his face on the pavement.

Bagwell has spoken out about his substance abuse issues. During a 2015 interview on Steve Austin’s podcast, he said that sleep apnea was the reason why he had substance abuse issues. He was arrested in 2004 for being under the influence with Lortabs and Somas and he was arrested several more times since that time. He was also seriously injured during a car accident in 2012.