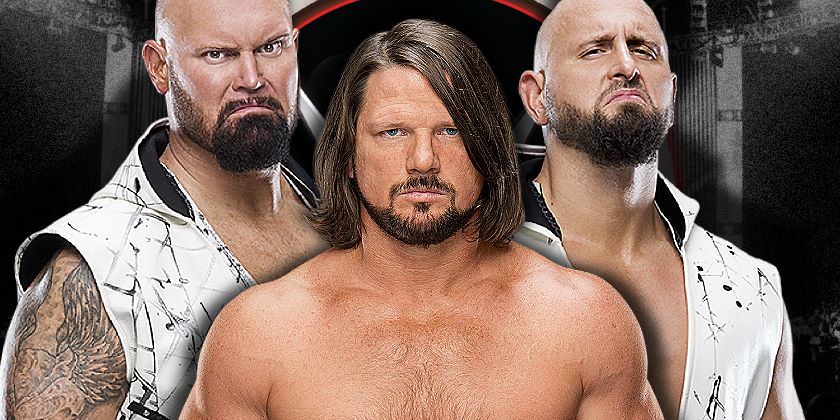 Karl Anderson and Luke Gallows did an interview with Sportskeeda where they mentioned recent attempts at getting AJ Styles to come back to Impact somewhere down the line.

“The Phenomenal One” took to his Twitch stream last night to comment on the matter. He reiterated what he has said in previous interviews when saying WWE is set to be the final promotion he competes in before retiring.

“I don’t know what to think about that; you guys know how I feel about that,” Styles said. “Yeah, Gallows and Anderson are trying to get me back [in Impact Wrestling] is what they said. Never say never but I also have said that I would like to finish my career in the WWE. So, we will see.”

Styles doesn’t completely reject the idea of a return to Impact, but does admit it is unlikely in his position. He had praise for the impressive talent that is being showcased on their shows.

“Not to say that they don’t have a lot going on right now. Man, they’ve got some strong talent,” AJ stated. “Not that they didn’t have good talent before, but they’ve upped it just a little bit more.”

Even though they aren’t working together for the foreseeable future, Styles is satisfied knowing that Gallows and Anderson are happier than they were as a part of WWE’s roster.

“Man, I am so happy for those guys. I’m happy they’re happy, you know what I mean? ‘Cause there was a tough time there for all of us. So, they’re kicking tail right now anyway,” Styles finished.

Styles retained his WWE Intercontinental Championship in a match against Gran Metalik this past Friday night on SmackDown. He has held the title since June, obtaining it shortly after debuting on the blue brand.