It looks like we will be seeing a return to WWE TV from The Undertaker this spring, however, it may not be at WWE’s “Grandest Stage Of Them All”, WrestleMania.

Despite any issues between “The Deadman” and WWE that followed after he signed on to be a part of Starrcast 2 during Memorial Day weekend, Undertaker will still be performing at the Saudi Arabia show on May 3, 2019, according to the latest Wrestling Observer Newsletter.

With ‘Taker not yet retiring from WWE, it will be another huge payout to partake in the annual Saudi Arabia events that the company holds. By a wide margin, the two shows in Saudi Arabia are the biggest money draws of the year for WWE.

As previously mentioned, The Undertaker signed a deal and is scheduled to appear at the Starrcast 2 wrestling convention in Las Vegas from May 23-26. The convention falls on the same weekend as All Elite Wrestling’s Double Or Nothing event, but Starrcast is not an official AEW event.

On a recent edition of The Jim Ross Report, “good ol’ J.R.” was quoted as saying, “[Undertaker] has got to make a living, and if he’s at a point age-wise where WWE doesn’t want to use him in the ring, or if he doesn’t feel able good to compete in the ring and you want to keep him around, then you’ve got to pay him something! But you might not pay him the same if you can’t get the one, two, three matches a year out of him.” 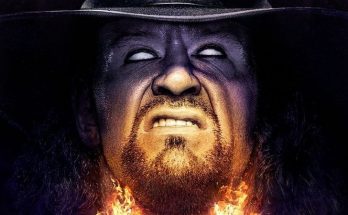 Discussions For Shocking Star To Be Undertaker’s Son In WWE