Doudrop Gets Married (Photos) – Doudrop has tied the knot! The WWE RAW star took to Twitter this morning to announce she had gotten married to her fiancée of two years.

The couple originally got engaged in November of 2019, which Doudrop announced over social media, as well. In addition to photos of the bride and groom, Doudrop included pictures of her being walked down the aisle, one with the married couple and the maid of honor and one of the couple’s dog.

Born in Ayrshire, Scotland, Doudrop began her career under the name Viper, working for promotions such as Pro Wrestling EVE, ICW and the World of Sport revival in the UK. She would also tour Japan with Stardom from 2016-2018. Doudrop would sign with WWE in 2019 and compete on the NXT:UK brand under the name Piper Niven.

In June of this year, Doudrop would join the RAW band and take on the Doudrop persona, aligning herself with the recently returned Eva Marie. The two would continue an uneasy association until SummerSlam, where Doudrop would turn on Eva. The two have continued to feud since then. Doudrop’s most recent WWE appearance was on this week’s episode of Main Event, where she defeated Dana Brooke.

Wrestling Inc. would like to congratulate the couple on their nuptials and wishes them many years of happiness.

You can see Doudrop’s tweets below. 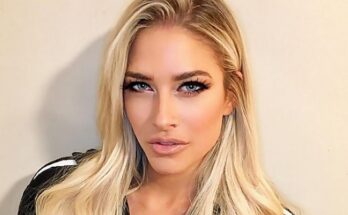