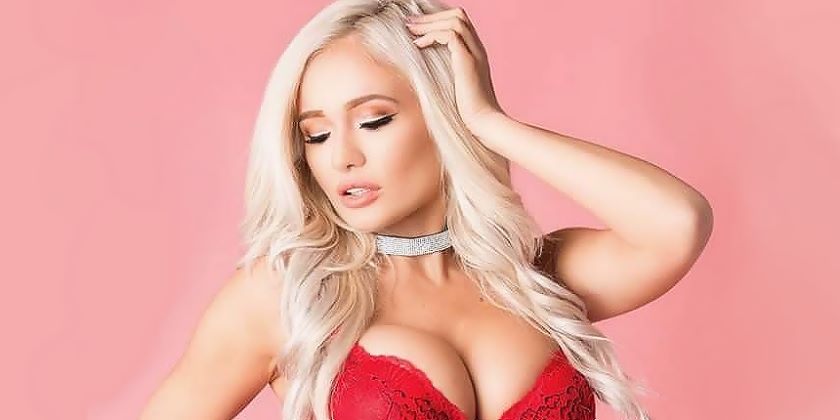 Scarlett took to her Instagram to share a recent photo shoot with artist Daniel Forero of Forerophotography. Bordeaux captioned her image with, “Keep looking where the light pours in.”

Since arriving on the yellow-and-black brand Bordeaux has accompanied new NXT sensation Karrion Kross (the two are dating) on his path towards becoming the new NXT champion. They both debuted back in April after a series of backstage attacks, with their entrance (video above) being hailed for it’s unique and vicious style. The debut caught the eye of main roster star Seth Rollins, who recently stated that he finds the duo to be captivating.

“I’ve known Scarlett for a very long time,” Rollins said, “Karrion is someone that I’m starting to become familiar with. Scarlett is from Chicago, she came up in the Chicago indies. I was there before she was even training to be a wrestler. I remember she was this annoying little girl that wouldn’t go away at the shows in Chicago, and now to see what she’s turned into, it’s awesome, man.

“It’s really inspiring to see someone, who maybe I didn’t see so much potential in to begin with, get to this point in her career. She’s made it to the big time, and I think Karrion’s got all the potential in the world. Obviously their entrance (Wednesday) was something to behold. I’m looking forward to seeing what becomes of that. You only get one shot to make that first impression, and they did it with flying colors.”

Along with her most recent post, Scarlett had shared multiple photos from the shoot over the past several weeks. You can check them all out below. 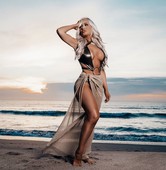 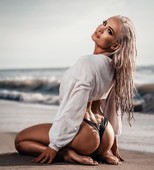 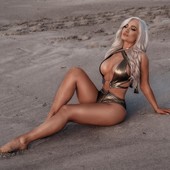