Backstage Talk On AEW Upcoming Contracts Coming Due – On a recent PWTorch audio show, Wade Keller discussed the 2-year contract extension for The Young Bucks and some of the contracts coming due in 2022 for AEW.

Keller said that he has not heard any negative things about the way Tony Khan handles contract offers to wrestlers and that he is not seen as a “money mark” who offers a crazy amount of money to people but he also doesn’t come across as someone who plays super hardball during contract talks.

Keller also stated that there are wrestlers in AEW who are looking at their contracts and they are wondering what is next. Khan has stated in interviews that he did not want to do mass releases, especially during the pandemic. It appears that wrestlers in the company will work for the duration of their contract but it’s not guaranteed that everyone will get a new offer to stay on board.

Keller said the following about upcoming contracts coming due: “There are people I’ve talked to in AEW who are looking at their contracts and wondering what their deal is gonna be next time when their first deals come up and how much leverage they’re gonna have with WWE or New Japan or heck, GCW with their ticket sales these days or the indie scene as an option to book yourself. It’s gonna be interesting to watch.”

“I have heard the intent and the hope is that Cody and Kenny and Tony all come to deals,” Keller said. “There’s not signs that any of them want to leave or are disgruntled to the point that they shouldn’t be able to come to an extension but I don’t know the situation. Maybe Cody and Kenny already signed extensions and they kept it quiet. Actually, I’m pretty sure that hasn’t happened now that I think about it from people I’ve talked to. I think Cody and Kenny might be next in terms of signing extensions.”

Some of the roster has already signed new deals. Britt Baker signed an extension several weeks back and Scorpio Sky recently signed a five-year deal and MJF recently stated that his deal is up in 2024. Joey Janela stated that his contract expires in May of 2022. There is no word on who else has a contract coming due but many of the people on the AEW roster signed in the first half of 2019. 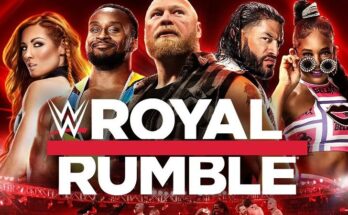