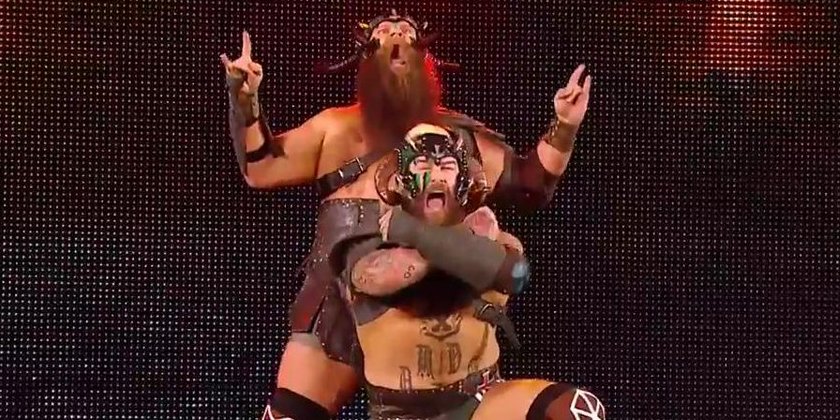 This week’s RAW saw Cesaro and Nakamura come to the ring after Montez Ford and Angelo Dawkins defeated Andrade and Angel Garza in a non-title match. The two teams traded shots on the mic and the blue brand champions laid the challenge down, which was accepted.

Cesaro noted on the mic that the Brand To Brand Invitational is now being held quarterly.

– Ivar of The Viking Raiders may have suffered an arm injury during tonight’s match.

As noted earlier, tonight’s RAW featured an eight-man match that saw The Hurt Business (MVP, Shelton Benjamin, WWE United States Champion Bobby Lashley, and newcomer Cedric Alexander) defeat The Viking Raiders, Ricochet and Apollo Crews. There was a moment during the match where Ivar nailed a suicide dive on three of his four opponents, taking them down against the barrier at ringside.

The match ended right after the dive and Ivar wasn’t seen doing anymore in-ring action. After hitting the dive, he could be seen throwing up the dreaded “X” symbol, which calls for help from the back and notifies the referee that there is a problem.

Stay tuned for updates on Ivar’s status. You can see him throwing up the “X” for help in the video below: