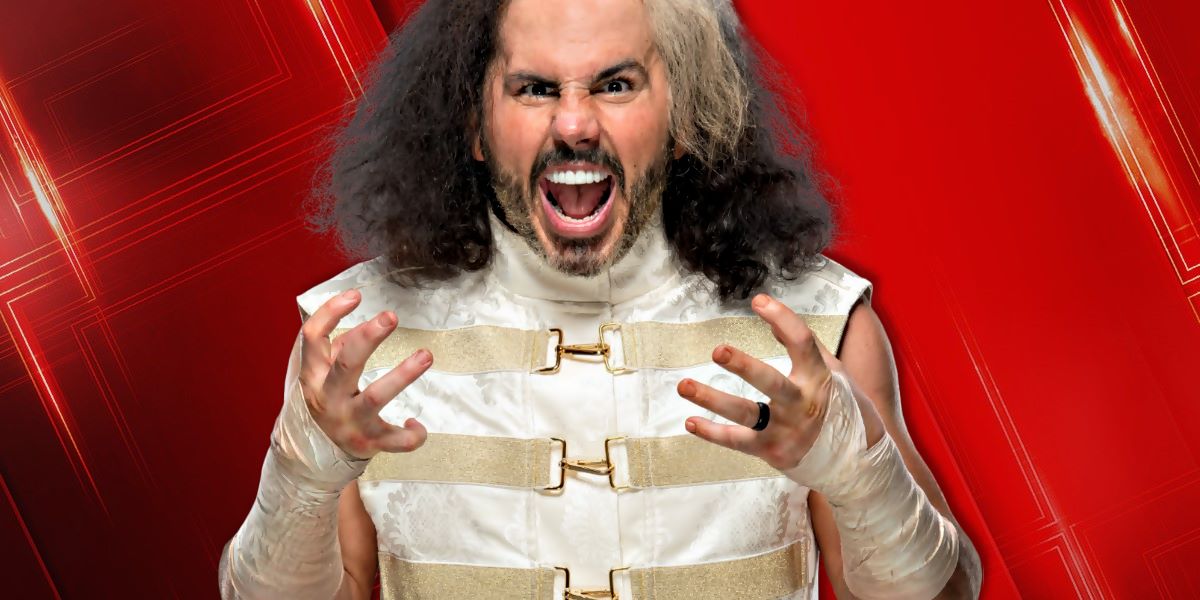 The Broken/Woken gimmick of Matt Hardy has given him new life towards the end of his career, and it’s something that’s carried over from promotion to promotion.

Hardy explained that the gimmick has been successful because he has not been forced to do stuff he did earlier in his career. Matt joined the The Chris Van Vliet Show to also give details on which WWE legends inspired the character.

“Well, I mean, that’s why the whole ‘Broken’ Matt Hardy character was created in the first place. Because thinking back and looking at the landscape of things, all these young guys that are 25-35 that are in super top shape, super athletic and super healthy in so many ways, and don’t have their body covered with scar tissue like mine is. When I was thinking about those characters, I said, ‘what if I could do a throwback to the days of Papa Shango? The days of The Undertaker? Trying to create a character that’s somewhat magical, somewhat over the top? And that was the whole mindset,” said Hardy.

Back in 2016 with Impact, Hardy first started saying “DELETE”, and doing the delete hand motion. It’s become as synonymous with Hardy as Daniel Bryan’s YES! or John Cena’s “You Can’t See Me”, and Hardy was asked if he knew it would instantly get over.

“I mean, that is a moment that people kept talking about, and they kept using that word over, and over, and over again. And ‘Delete’ happened to be a word that was kind of cool and lexicon currently, in some ways. So, the ‘Delete’ word worked and people picked up on it immediately, and it actually became kind of the centerpiece and nucleus of the whole ‘Broken’ character.”

Hardy is being partially credited for creating the cinematic matches that we’ve seen in WWE during the pandemic. The origin of those was his Final Deletion Match in Impact vs. Jeff in 2016, and he compared that match to the cinematic ones currently going on in WWE.

“I haven’t seen all their stuff. I saw the Boneyard Match and I thought it was great. I thought it was done really well, and I think that was one of the smartest usages of Taker that they’ve had in a long, long time. And because Bray and I are buddies, I watched the Firefly Fun House. I thought it was super interesting,” stated Hardy. “For me, considering the way my mind thinks and the way logic is, I thought it was very cool. I could see where some die-hard wrestling fans can also get lost as well.

“The Bar Fight that my brother just did with Sheamus, I thought it was awesome. I thought it was done very, very well also, and I think it’s one of the things wrestling fans should be also very appreciative that they are getting these matches like this because we are doing all this during a pandemic era in front of no fans, and it’s very hard on us, the performers, to go out there and work in front of literally no crowd.”

He added that fans who are critical of cinematic matches are being too harsh on the performers or the promotion putting them on. Everyone has to think outside the box during a pandemic with no fans in attendance, so they should be celebrated for putting out a good, creative product like what we’ve seen thus far.

While Hardy was Woken Matt in WWE, his character never reached the levels it did while being Broken Matt in Impact. He was asked if he just didn’t get the same opportunity in WWE to take the character to new heights.

“I think so. I mean, with WWE, it’s kind of like once in a while, you come up with an idea and they might roll with it. But if it’s not done their way – it’s just if you really feel like in your gut there’s something you can do, and it’s going to work, and it’s good and it’s going to connect with people, you don’t always get the chance to do it there,” revealed Hardy. “Here at AEW, you’ll pretty legitimately get a chance, especially if Tony [Khan] sees that you believe in that vision and you want to try it. You want to attempt it, and they’ll give it an attempt and they’ll let it work.”

Hardy then made a comparison to The Dark Order in AEW, and how The Young Bucks belief in the group helped make it work.

“Like The Dark Order, that act has worked, and that’s something I feel like, in WWE, if that act would have had an opportunity to be on screen, that would have been given up on a long time ago,” said Hardy. “Sometimes the course isn’t always direct; you kind of go to the right, you go to the left, but you have to stay focused on ultimately where you want to get to and just continue to keep on track.”

While in AEW, Hardy has gotten to see MJF up close, and he says he loves his character. He also said it’s reminiscent of one of his previous gimmicks that could possibly be resurrected during a program with MJF.

“He’s great. I’m a big fan of what he does, and I think it reminds me of ‘Big Money’ Matt a lot. Even when we did the double turn with Matt Hardy and EC3, and I turned into Big Money Matt, which was the iconic Matt Hardy from the Ring Of Honor days, coming in. You know that you’re the biggest star in the history of the business and all these rookies that are stepping in the ring are lucky to share a ring with you. I mean, it reminds me of that, especially his level of commitment,” Hardy said of MJF.

“So, I give him props on those because he’s totally committed to what he does. He does a great job with it and he’s oozing with confidence, and on top of everything, he’s just excellent at everything he does. So, he’s great. I definitely think down the road, I could see something with ‘Big Money’ Matt and MJF in some capacity, either together as a team or versus one another.”

Matt Hardy Responds To Allegations Regarding His Own Sobriety