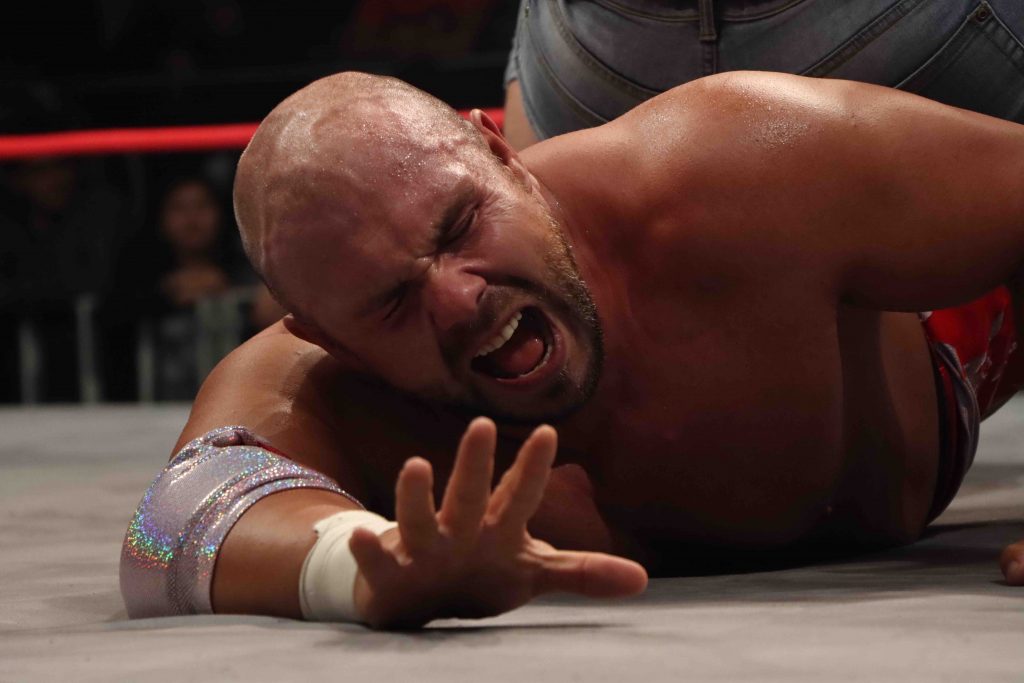 As noted, former Impact Wrestling star Michael Elgin recently posted a video to his YouTube page giving his side of the story on the sexual assault claims that were made against him.

Elgin has indicated that the reports saying he sexually assaulted a woman in a hotel room are false. He claimed that other pro wrestlers were sharing the room with the duo at the time and that they would be willing to corroborate his story.

Now, Michael has taken to Twitter to post those statements from the people he claims to be witnesses, although, he kept their names private.

“I was present at the November 2011 ROH tapings at Davis Arena in Louisville, KY when we all (Elgin, Layne, and myself) shared a hotel room together,” the anonymous person writes. “There was some sexually charged discourse between Elgin and Layne but never any action or language that would indicate assault. At the time I was very good friends with Layne and she never shared with me any indication that would point to misconduct. I’ve known Michael Elgin since 2004 and he’s always been a pleasure to work with. I believe him to be on the passionate side when it comes to women but have never believed him to be a predator of any sort.”

Another person writes, “I was present during this evening and there was never any sign of Elgin being intimate with Layne or anyone else. We joked about how Layne wasn’t interested in Elgin and made light of the situation. No forceable scenario took place.”

“I concur [with Michael’s statement],” another person writes.

Michael then took the time to write out a lengthy statement of his own, noting that he is sacrificing his son’s college savings paying for legal fees so he can fight these claims made against him. He commented on the weird position people are put in during an ordeal like this.

“I’m choosing to not go back and forth with people. I’ll make it very clear as to why. I had a public fight against accusations,” Michael writes. “If I had any concern I had ever done anything like such accusations I would not have spent my savings I put away for my sons college to fight in court. I did so, because I and now many people hurt and that thought these claims were true found out it was lies.

“When these things came out recently I was told they would be looked into. I haven’t got any further Info,” Michael added. “I had to get info so that I could provide answers for the people who support me, the people who are close to me. The world is in a weird spot. Yes I do truly feel believing victims is just, is the right thing to do. But with all of us feeling this it does allow some people to twist stories or suggest something was much worse than it was. Now I think this is a very very rare occurrence. Such a small select view would do this.”

Michael says that his son is the main reason his is going to court and trying to fight the accusations. He notes how everyone involved in the situation deserves that same amount of due process when it comes to the court.

“But when something is said that’s untrue what options do we have to combat that? We can stay silent but then public feels that determines guilt. You speak up, you’re attacking people. You take them to court, and that is ridiculed. You have no options, but I will not let false things harm myself or the people I love. Now I have my faults. I’ve not always made wise decisions but I did not do anything to harm myself, or my ability to raise my son. When that is being attacked you have to make choices.”

“I’ve made the choices. I had to for my future but most importantly my sons future. For anyone who has had to deal with such trauma that has been presented. I’m sorry, I know no ones words will ever take the pain away. People deserve to be Heard. They deserve due process. But due process is very important. For everyone involved. But no matter what I say, or anything else it’s attacked. But silence was no longer an option. Everyone deal with what you have to deal with in any way that helps and have a great day.”

I was going to wait, but I have a son. Young family members that look upto me. So I have to make things public I was hoping the proper channels will. They have been sent to my employer and attorney pic.twitter.com/mNsYg861y7