When tickets first went on sale for the WWE Hell in a Cell show, the company realized that tickets were not moving well.

Now, with only a few weeks away, that fact hasn’t changed. Dave Meltzer reported in the latest edition of the Wrestling Observer Newsletter that only six of the 22 upper deck sections are on sale and even three lower deck sections on the side of the hard camera aren’t for sale.

It was added that there were 781 secondary market tickets out with an entry price of $43.

You can see a screenshot of the current seating chart here: 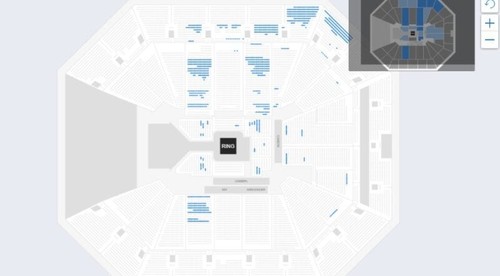 WWE holds the Hell in a Cell pay-per-view event on Sunday, October 6, 2019 in Sacramento, California at the Golden 1 Center and will air on the WWE Network. Click Here for the updated card.

Original Plans For Roman Reigns At WWE Hell In A Cell

WWE Producers For Sunday’s Hell In A Cell Matches Revealed