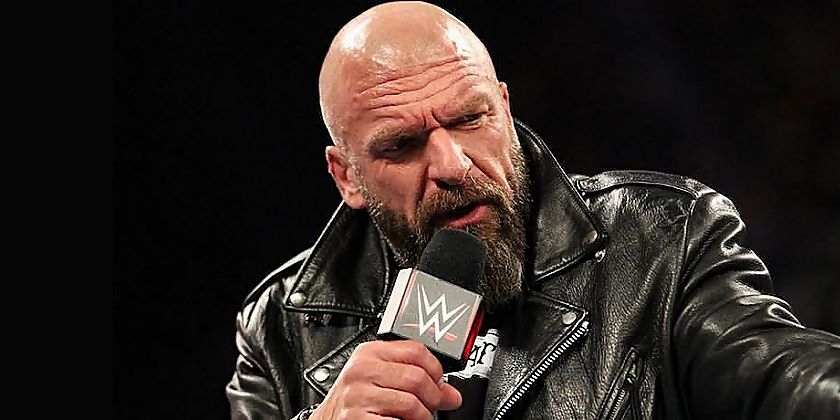 Triple H was asked about #FireVelveteenDream and the concern and outrage fans have expressed on social media regarding WWE’s investigation on Velveteen Dream.

“I mean we’ve talked about this. We said our peace on it,” Triple H stated. “I understand people’s positions and their feelings of something that they’re really just seeing accusations online. Nothing that needs to be said more on it again.”

“One of the first times I ever met Pat, he looked at me and he said, this was his term, ‘I want to be a weapon for you, man, and I want you to to grab it and utilize it and I want to be here,” Triple H revealed. “I want to I want to be a talent, and I want to go.’ I thought he meant as an announcer. That isn’t what he meant. Pat has every intention of doing this and being not only a NXT Superstar but if the time is right, a WWE Superstar. He has a lot of other commitments from his podcast to everything else he does. He has a lot of commitments and a lot of things across the board, but he’s very serious about this, and we’ll see where it goes.”

Triple H continued showing praise for McAfee’s performance saying it was one that silenced the critics thinking it would be a subpar celebrity match. He also shared praise for Cole and his ability to perform in the ring with someone who has never done so before.

“When we first talked about this process from the in-ring having the match idea of it, he said to me, ‘let’s remember this phone call and you can tell this story when you do my hall of fame speech.’ Pat doesn’t lack for confidence, and that’s amazing,” Triple H said. “To me, he showed why he is the elite athlete on the level that he showed, why he had so many full-rides in college and so many different sports. He showed why he played professional sports at the highest levels and has succeeded in all the things he has done. He has the personality. He’s got the gift of gab. He has the charisma. He’s got all of it. He’s a heat magnet.

“When you add in an incredible athlete on top of that and just a gift to have a feel for the business, what he wants to do, he can do. I’m here to help him do it, and I look forward to that future. I don’t know what it will be, but we’re going to have that conversation, and I can certainly say, I do not believe at all that it is the last time that you will see Pat McAfee step through those ropes and do what he does again. Like I said, he silenced a lot of critics tonight. A lot of people that were in the, ‘ugh, celebrity’ camp left with a different opinion when he stepped out of that ring, and I also will say my hat’s off to Adam Cole.

“Having done this before, getting in the ring with somebody who it’s their first match ever and working with them, it takes a lot, and there’s a lot that goes into it. There’s a lot that that has to be done, and Pat and Adam tore it up Adam is the consummate pro. I’ve said that numerous times. I can’t say it enough, on every level from a leader in the back to just a pro on every level, and he showed it again tonight why he is, as anybody, NXT. Couldn’t be more proud of what he did in the ring tonight with Pat. So my hats off to both of them, to Pat McAfee, just respect and Adam Cole, just on a ring general standpoint.”

Triple H also highlighted the variety of styles throughout the card. He pointed out Finn Balor vs. Timothy Thatcher as a match that showcased each wrestler’s technical prowess.

“One of the best things I liked about that and even the show tonight was you saw a lot of different things but you also saw a lot of people get opportunities that haven’t had them before,” Triple H noted. “So you see Finn Balor in there with Timothy Thatcher having a totally different kind of match and just going in there and putting on a wrestling clinic, a technical wrestling clinic. It’s fresh, and it’s new. For Thatcher, that’s an amazing opportunity.”

“You go to the ladder match and you see all the people in there that are getting that success and getting that opportunity at that level,” Triple H remarked. “You had the veterans in there, but then to see a Damian Priest, who comes out as North American champion, to see a Bronson Reed that gets the opportunity, not only on the lead into this but in the match itself to become a star.

“To me, along the last know month or so and tonight, Bronson Reed stamped himself as 100% certified a star. Cameron Grimes stamped himself 100% certified a star. Those are big moments for me. Damian Priest did as well. Those are big coming to the table moments and earning your space there and earning your seat at the table, and they all did that tonight. It’s one thing to send it up. It’s one thing to get them there, and then for them to earn it in that moment, I was really proud of all of them tonight, and they just took it to a whole other level.

“And then even Candice getting involved which was just insane and awesome. I loved it. So that’s a great showcase for everybody involved and really kind of, to me, showcased the depth of what we have. When you can bring that level of talent to the table, they deliver at that level, and you’re still not even talking about a lot of the top stars in the brand.” 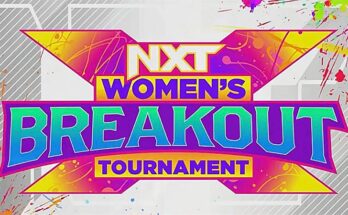