Naomi is currently recovering from an unexpected surgery.

The WWE SmackDown Superstar took to her Instagram Stories today and revealed that she recently underwent a six-hour surgery to remove a massive fibroid that has been causing severe anemia, fatigue, abdominal pains, and other issues for the past year and a half.

“In the midst of hurricane sally and Covid [frown emoji] I also underwent an unexpected 6 hr surgery to finally remove a massive fibroid that’s caused me severe anemia fatigue horrible abdominal pains and more problems I don’t even want to mention over the past year and a half,” she wrote. “I’m recovering well I’m relieved and already feeling so much better so family friends and fans don’t worry I’m ok lol miss ya #myomectomyrecovery”

It looks like the operation was last week as she mentioned Hurricane Sally, which was active from September 11 – September 18. She also revealed on her Instagram Stories how she’s been dealing with a lot of flooding near her home due to the hurricane.

Naomi told a fan on Twitter that she will “return soon as possible” but there’s no word yet on when she will be back. She has not wrestled since the August 21 SmackDown episode, when she defeated SmackDown Women’s Champion Bayley in a “Beat The Clock” match.

Stay tuned for updates on Naomi’s status and return. You can see her related posts below: 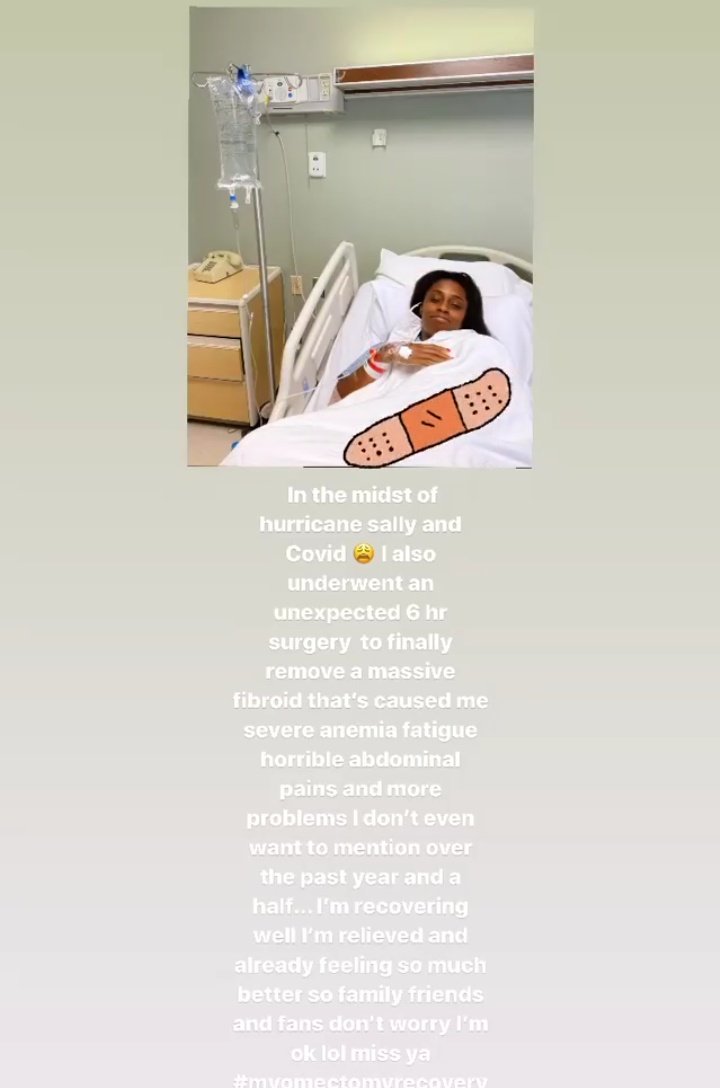