This Wednesday, July 7th, marked the 25-year anniversary of WCW’s Bash at the Beach 1996, where Hulk Hogan, Scott Hall and Kevin Nash established the nWo.

To commemorate the occasion, WWE SmackDown Superstar Bayley took to Instagram to post a photo of herself clad in nWo gear along with the iconic Big Gold Belt. She wrote the caption, “MY World Order.”

A little later, a fan tweeted out a graphic of Bayley, Kai and Mia Yim as a heel stable. Yim seemed to love the idea of the potential faction.

As reported earlier, WWE is celebrating 25 years of the nWo all week long with nWo Week.

As part of nWo week, Steve Austin will interview fellow WWE Hall of Famer Kevin Nash on the latest episode of the Broken Skull Sessions, which premieres this Sunday on Peacock and the WWE Network. In addition to Austin’s interview with Nash, a Best of The nWo premiered on Tuesday and Sean Waltman appeared on WWE’s The Bump on Wednesday.

See below for Bayley and Yim’s posts: 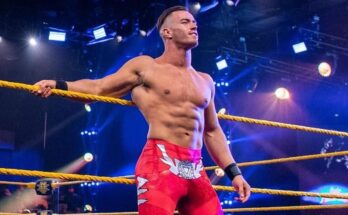