Update On Future Of WWE New Day Podcast – Former WWE Champion Kofi Kingston has provided an update has emerged on the WWE The New Day: Feel The Power podcast.

Kingston, Woods and Big E started their WWE podcast in December 2019. While there are still weekly ‘best of’ episodes released, there haven’t been any original episodes since September 2021.

While some believed that the podcast would only keep going through these recycled shows, Kingston has now provided an update on the possibility of new episodes.

Speaking with Fightful Select (subscription required), Kofi Kingston noted that they’re trying to figure out how to get the show going again, noting that it’s a ‘one day at a time’ situation.

Kingston noted that while he and Big E talk everyday, the popular star not being on the road has been a hurdle for the relaunch of the podcast.

Hopeful that the trio will be able to make new episodes soon, Kingston noted that he enjoyed doing the episodes over Zoom, but felt that there was more magic when he, Woods and E were in the same room.

Big E is currently recovering from a broken neck which he suffered during the March 11 edition of SmackDown. 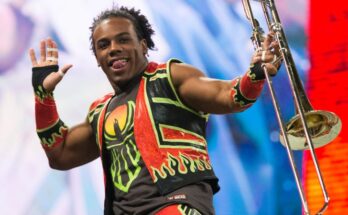 Xavier Woods Is Not Medically Cleared To Wrestle