Mandy Rose Reminds WWE Of Her Famous Naked Photo – Last month, WWE released Mandy Rose one day after her NXT Women’s Championship reign ended at the hands of Roxanne Perez due to the content she had been posting on her FanTime website

In a new interview with New York Post, Rose questioned why she was not able to run her FanTime page while remaining in WWE.

“I am grateful and very humbled with everything I’ve done and made at the company [WWE], but in today’s day and age, there are so many other avenues and so many other marketing opportunities, it’s like why can’t I do both? At the end of the day, I’m the only one watching out for myself and my career. Everyone’s replaceable in our business – it’s true.”

Rose also talked about the photo of herself poolside being only covered by the NXT and NXT UK Women’s Championships, which WWE later reposted.

“What’s the definition of racy? The photo of me with two titles – I was completely naked underneath, that’s considered a racy photo, right?” 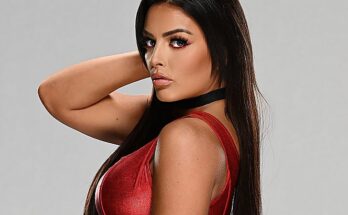