Liv Morgan Declares For Women’s Royal Rumble – Tonight’s SmackDown on FOX featured a backstage promo from Liv Morgan, who declared her spot and said she wants to be the #1 entrant. Morgan is the first name to be confirmed for the 30-Woman Royal Rumble Match.

The 2023 WWE Royal Rumble Premium Live Event will air live on Saturday, January 28 from The Alamodome in San Antonio, Texas. Below is the updated card, along with related shots from tonight’s SmackDown: 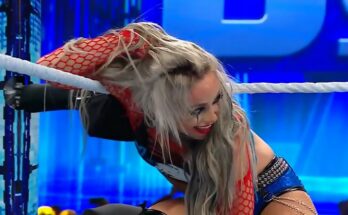