On the eve of the Royal Rumble, Kevin Owens will face off with the enforcer of The Bloodline.

WWE has announced that Owens vs. Solo Sikoa will take place on SmackDown next Friday (January 27). The match is happening one night before Owens challenges Roman Reigns for the Undisputed WWE Universal Championship at the Royal Rumble.

A contract signing for Reigns and Owens’ title match headlined last night’s SmackDown. As Reigns was waiting for Owens to appear, Owens launched a sneak attack on him. Owens gave Reigns a stunner and powerbombed him through a table. Owens also fought off Sikoa and The Usos during the attack.

There’s been growing dissension between The Bloodline and Sami Zayn in recent weeks. Zayn arrived late to help save Reigns from Owens’ attack last night. Zayn and had a staredown with Owens and went to go after him, but Owens ran off through the crowd.

Next Friday’s SmackDown is being held at Sames Auto Arena in Laredo, Texas. Here’s what’s been announced for the episode: 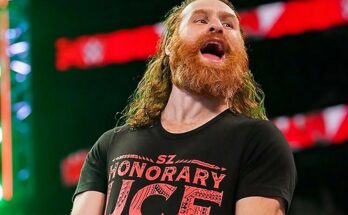