Eric Bischoff Talks Vince McMahon Returning To WWE – The big news going into the weekend was the return of Vince McMahon to WWE’s Board of Directors, a shocking moment as the Chairman had retired this past summer after multiple sexual scandals had surfaced.

WWE Hall of Famer and former WCW President Eric Bischoff reacted to McMahon’s return on latest edition of his 83 Weeks podcast, where he believes the reason for it happening is so WWE can be sold. Check out his full thoughts below.

Thinks Vince returning is to pursue a sale:

I understand your question, but I think — now I haven’t read everything that’s come out in the last couple of hours. I’ve seen some of the bigger headlines and a couple other emails and stories. But I think Vince is — his reasoning for coming back and making this move is to aggressively pursue a sale.

Says regardless Vince will probably not be running WWE:

So in that case, I don’t think that matters. Because if he sells the company, he’s not gonna be running it anymore. And whether things ran better with him or without him is an irrelevant, a moot point Because whoever buys it isn’t going to have Vince McMahon running it anyway. They’re gonna run it. So no, I think this is Vince’s exit strategy. And whether it’ll run better with him or without him isn’t really a discussion in an exit strategy like that. 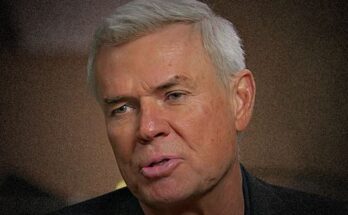 Eric Bischoff On Vince McMahon’s Retirement, CM Punk’s Next Move, Why AEW’s Ratings Are Down