Both stars have one singles win over the other, with Lashley notably defeating Lesnar for the WWE Championship at Royal Rumble 2022, following interference from Roman Reigns.

Speaking with the Hindustan Times, Lashley noted that he wants to battle Lesnar in a match with a special set of rules.

“I like to fight. Brock likes to fight. There’s a lot of similarities between the two of us, so I think that that next matchup is what everybody wants to see will be no holds barred.

“It’s probably gonna come to a point where we’re gonna get locked in a cage or an extreme rules match or something like that. But it’s about to happen.”

Lashley is set to challenge for Austin Theory’s US Championship on the January 23 30th Anniversary edition of WWE Raw. 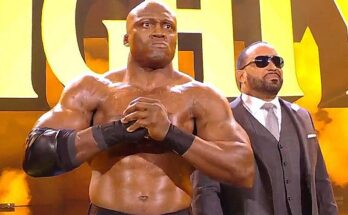