According to Cagematch, her last match was in September on NXT TV when she teamed with Nikki ASH to defeat Toxic Attraction (Gigi Dolin & Jacy Jayne).

While speaking on Wrestling Observer Radio, Dave Meltzer noted that Doudrop is among the names from the UK dealing with visa issues, which is why WWE hasn’t used her.

Meltzer said the following about the visa issues during Wrestling Observer Radio:

“Yes, it’s visa. They went they’re doing they went back for over visa situation. They got to get the visas taken care of. So there’s a lot of people, a lot of The Gallus boys and Tyler Bate. I don’t know that all of them fall into this category. Piper Niven’s been gone is another one….Doudrop. What’s her name? Blair Davenport? What’s her name? The former Bea Priestly. But yeah, a lot of them, that’s basically the situation with a lot of them is just getting the visa stuff worked out.”

In response to a fan who noted that she disappeared from TV, she responded with the following tweet: “I was very sick, but I am healing. 🧠💪🏻”

Piper Niven Talks Being Given The Doudrop Name 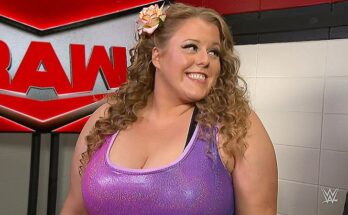