On her social media accounts on Tuesday, Loureda announced that she’ll be going by the name “Lola Vice” in WWE. Loureda has also changed her Twitter handle to “lolavicewwe.”

Valerie Loureda is an acclaimed mixed martial artist who previously fought in Bellator, where she compiled a 4-1 record. The 24-year-old Miami, Fla., native has a black belt in Taekwondo and has already made waves in the MMA world for her social media presence. Loureda is also the first Cuban-American to be signed by WWE.

Loureda made her in-ring debut as part of a Halloween battle royal at an NXT house show in October, where she dressed up as Lola Bunny. Loureda then had her first non-battle royal match at a November house show. 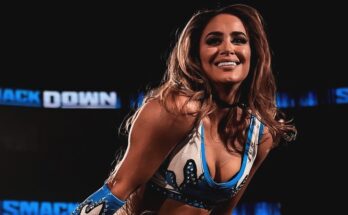