Saraya Thinks WWE Is Doing Great Under Triple H – Saraya recently spoke with Forbes about a wide range of pro-wrestling topics, including what the former Divas champion thinks about WWE under Triple H, and how she hopes that Vince McMahon doesn’t come back and undoes all the hard work The Game has been putting in over the last few months.

Highlights from the interview can be found below.

Thinks WWE has been running well with Triple H in charge:

He’s only been out for a couple of months! [laughs] I feel like WWE’s doing a really great job with Hunter in charge. And I feel like everyone backstage is very happy from what people have been telling me. People across the board are just happy, not saying they won’t be if Vince comes back, but I felt this breather was needed to really shake things up over there and get people excited.

Wonders if Vince will undo everything Triple H did by coming back:

But if he comes back, is he going to undo everything Hunter has done? That’s the question, you just don’t know what’s going to happen. I don’t work there anymore, so I don’t have to worry about it.” I have Tony [Khan], and he’s fantastic as a boss to me, so if I have any issues I can tell him and he’ll always be very clear with stuff. Whereas I just get nervous if Vince comes back for them because you just don’t know what he’s thinking on a a day-to-day basis. 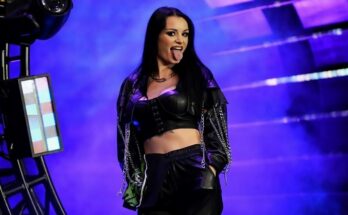 Saraya On Mercedes Mone Possibly Showing Up On AEW Dynamite