As noted, Friday’s WWE SmackDown on FOX ended with the 54th birthday bash for WWE Hall of Famer Kurt Angle in his hometown. The celebration was interrupted by Alpha Academy, which led to Angle and Gable Steveson soaking Otis and Chad Gable with milk, then sharing a milk toast to end the show.

Angle thanked the Pittsburgh crowd and then gave his signature “It’s true!” line. Mysterio then appeared on the top turnbuckle and said no matter how old Angle gets, he will always suck. The crowd and the Superstars then had a laugh before singing Happy Birthday to Angle.

WWE Chief Content Officer Triple H then came out and raised Angle’s arm into the air, then embraced him to end the segment.

Hulk Hogan No Longer Able To Feel His Legs 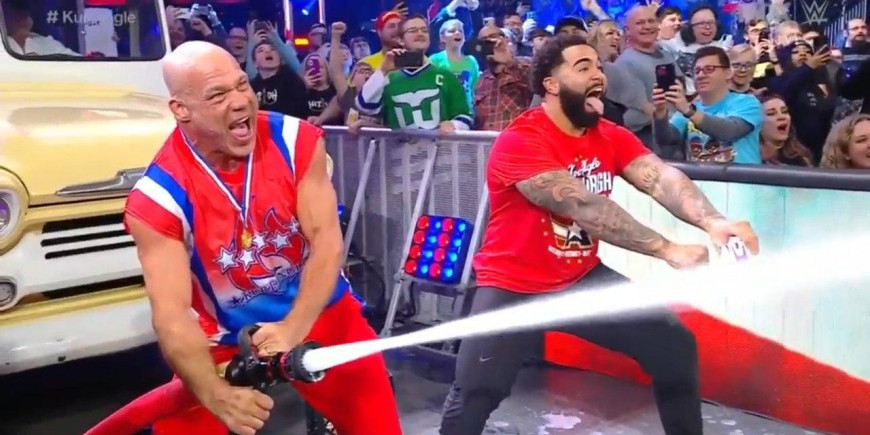