Samantha Irvin Explains Her Mindset Behind Ring Announcing – A fan took to Twitter to ask ring announcer Samantha Irvin why she changes up her voice when introducing certain SmackDown stars.

In response, Samantha explained her mindset behind ring announcing, detailing the thought she puts in to every different introduction she does.

I am Austrian but that’s not why… it’s mostly because each Superstar brings a different energy to each title. When Ricochet had it it was more joyful & sing song-y because that better represented his journey to attaining & holding it.

Now Gunther is a strict & domineering presence. His goal as IC Champ is not the same as those before him, & his reign has been forceful & dominant. If you notice, I always say the title the same way when referring only to the title (insp. by Fink) i.e, at the top of a title match.

But when I announce someone AS the champion, that’s when I say it how that Champion makes me feel about it. It’s not so much with an accent as with an attitude. Hope that clears it up!

Samantha was the target of LA Knight on last week’s episode of the show due to her mistakenly getting Knight’s hometown wrong in his match the prior week. 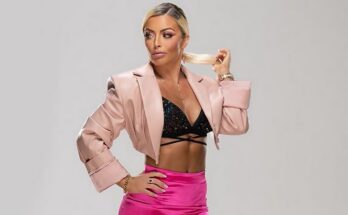