Cross won the title in under 5 minutes in a serious match. This was basically a squash match with no comedy. Cross recently returned and dropped the superhero comedy gimmick and is now being presented as a serious heel so at least while she’s champion, it doesn’t look like they will be doing silly things with the belt.

Later, Nikki tossed the title in the trash during a backstage segment. That didn’t last long.

At Survivor Series: War Games, Cross will team with Bayley’s Damage CTRL against the team of Bianca Belair, Alexa Bliss, Asuka and a yet-to-be-named partner.

Nikki Cross Tosses The 24/7 Title In The Trash 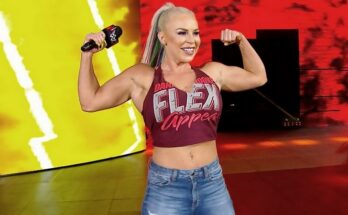