Real Reason Sheamus Was Written Off WWE Television – As noted, Solo Sikoa defeated Sheamus in a singles match on Smackdown last week. Sheamus was then attacked after the match, and his arm was smashed several times with a steel chair.

WWE later announced that Sheamus was transported to a local medical facility and diagnosed with a “non-displaced fracture” near his elbow in the attack.

According to PWInsider, Sheamus was temporarily written out of the storylines because he is getting married this weekend.

Sheamus and Isabella Revilla announced their engagement back in July 2021 after he popped the question at The Cliffs of Moher in Ireland while on vacation. He is expected to miss this week’s Smackdown as well. We’ll have to see when Sheamus will be back. 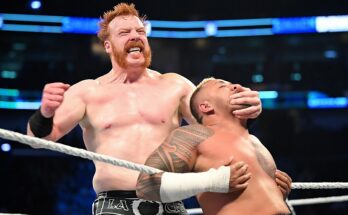