When LA Knight was moved to the main WWE roster in May, he changed his name to Max Dupri and made his Maximum Male Models group debut. Despite his talented work in the ring, Dupri’s job was limited to that of manager for Ma.çé and Man.sôör.

Max Dupri has given up managing his modeling agency to once again concentrate on his own career as he is back to being LA Knight. In his first bout since April 2nd’s NXT Stand & Deliver, LA Knight defeated Mn.sôör on the Friday Night SmackDown on October 14.

“They’re correcting mistakes, and the thing about LA Knight is, I like the fact that they’ve realized that they committed a crime against nature. Changing his name to Max Dupri, the whole [Maximum] Male Models thing, the Ma.çé and Mån.sôör – and by the way, those guys have to be so embarrassed. They’re going out on TV looking like that doing that sh*t. I bet you they don’t leave the house when they’re home, they’re afraid their neighbors will see ’em.”

“I would have had to have given LA Knight some reason to impart to the people why he [did the Maximum Male Models thing] – obviously put it to bed, get over it, it’s the worst idea anybody’s ever had. But what was the reason that he went along with it for three weeks? There was no reason ever given as to why he did this stupid thing for four weeks or whatever.” 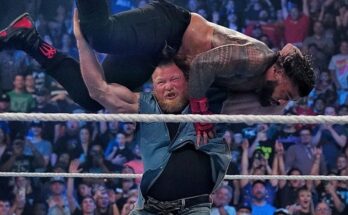