As seen below, Mandy Rose took to her Instagram and uploaded a couple of super sultry photos of herself wearing a black bikini. 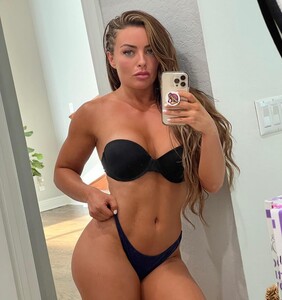 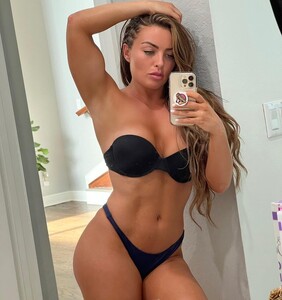 Some fans thought Mandy Rose had zero wrestling ability for the longest time. She managed to prove them all wrong after becoming the NXT Women’s Champion, something that she makes sure fans never forget.

A few days later, Rose channeled her inner Shawn Michaels as she recreated his famous nude pose while wearing nothing but her two title belts.

Last week, Mandy announced on Instagram that she and Sabbatelli have gotten engaged, even if a wedding date was not provided.

They have been dating for at least a couple of years, dating back to when he was still under a contract under the NXT brand. Rose included some photos of her and Sabbatelli celebrating the occasion along with a caption: “My heart is so full.” Click here for the photos.

Lastly, Rose made an appearance on Out of Character with Ryan Satin, where she reflected on being sent from the main roster to NXT in July 2021.

“I didn’t even know why I was going to NXT. I’m a firm believer at the end of the day, I looked at it as an opportunity as a new way to kind of rebrand myself. I think we all need to change as we develop and grow. I think for me, it was just a huge opportunity to use this as something that could be really cool. I didn’t look at any of the negatives. I think that was a big part of it for me. I think a lot of people if they were to get the call to go back to NXT, they would ask a million questions. They’d be like, why, and it’s normal, obviously. But I just literally, I took that call, and I said, ‘Okay, sure.’ I didn’t really ask many questions.”

Mandy Rose Talks WWE Sending Her Back To NXT, Her New Character

Mandy Rose Engaged To Be Married